Driving on I-40 and thinking of best jambalaya recipe 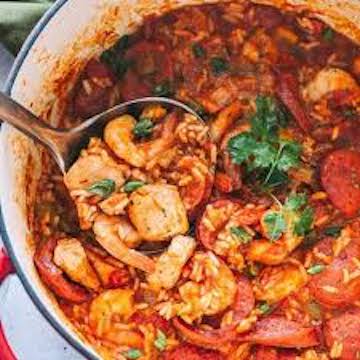 This month marks our fourth year as Tennesseans. Back in 2017, while I was house hunting, my real-estate agent mentioned that a long-term project was about to get started on Interstate 40 which would probably take six years to complete, going right through Jackson, from Exits 79 through 87.

Now, four years later, the project is right on schedule, with two years to go. The first part of the project, from Exit 79 to Exit 82, is complete and it is so very nice with more lanes, longer entrance ramps, better lighting, no clover leaf interchanges, and no potholes.

I-40 funnels tens of thousands of vehicles every day across Tennessee. I’ve seen tags from all 50 states many times over plus cars licensed in other countries too. Throw in miles of construction, heavy truck traffic, and what I call the NASCAR drivers and you have very challenging, often dangerous driving conditions. And I drive I-40 almost every day.

Thankfully most truckers are cautious, courteous and drive within the speed limit, there’s just a lot of them.  Dump trucks and road machinery come and go constantly from the construction zones, often popping out into traffic without warning.  You must stay alert.  What’s really scary are the drivers who have no regard for the people working in construction zones.  There are speed limits posted for everyone’s safety, but they are often disregarded.

There was a news story reported on the Today Show several years ago about a driver who was arrested for driving recklessly through a construction zone, as she should have been.  But the slant of the news story was that the accused driver was a grandmother, not even five foot tall, like those were reasons to overlook the fact that she endangered all the road construction workers as she carelessly sped through their work zone.

Sorry, but there are no excuses to be made for ignoring work zones. I’m relieved every night when there are no construction zone accidents reported on the local news.

Even though I’m careful not to take my eyes off the road too much while driving I-40, I do like to note what people are hauling up and down the interstate and it never ceases to amaze me.  I’ve seen goats in trailers, watermelons stacked up, top heavy loads of junk, swing sets, mattresses with sheets blowing in the wind, old tires, and mud covered 4-wheelers and UTVs (and man there are many around here). But the most interesting haul to me is “nothing” which seems to be what most trailers are loaded with. Pulling empty trailers must be a thing.

Another observation of mine from I-40 is that people who have car tags that identify their professions should really try to be good drivers. To see these drivers texting, speeding, tailgating, or not having their little ones safely secured in child restraints creates doubts regarding their professionalism and abilities.  And, I’ll just leave it at that.

And then there are those NASCAR drivers who like to show off what they must think are cool driving skills (but are not).  Darting in and out between other vehicles, speeding up to go nowhere and then expecting you to let them in front of you, tailgating at full speed, not merging when told to, or crossing all the lanes from the left to exit are stupidly dangerous maneuvers. Where’s a caution flag when you need one! There are racetracks for such driving.

So, I’ll keep both hands on the wheel, my eyes on the road, pray that everybody gets to where

they are going and hope I don’t make the 5-o’clock news.  Be a safe driver.

Just right for the cool weekend coming up.

Heat oil in Dutch oven over medium-high heat. Add onion and next 9 ingredients; cook 7 minutes or until vegetables are tender, stirring frequently. Stir in rice and shrimp; cook 6 minutes or until shrimp are done (have turned pink). Makes 4 servings, 2 cups each. 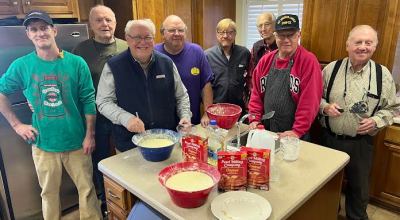