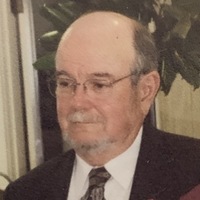 Funeral services were Wednesday, Oct. 13, at the Shiloh United Methodist Church with the family receiving friends one hour prior to the service. The interment will follow there at the Church Cemetery.

Bro. Joel was born on Sept. 14, 1936, in Crowder, to the late Bickett and Valeria Long Jones. During his lifetime, he was the proud Pastor at Jumpers Chapel Congregational Methodist Church in Water Valley for 32 years. He also worked as the production manager for PlasPros for nearly 20 years and served our country in the U.S. Army. One of his greatest joys in life was his grandchildren and great grandchildren. If you knew Joel, he had a special love for them and his church.

Along with his parents, he is preceded in death by one daughter, Angie Jones Ellis and one brother, James Jones.