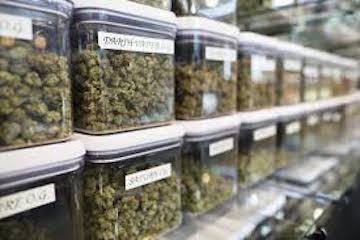 Medical marijuana will almost assuredly be legally grown in Panola County in coming months, and decisions of where the pot will be sold is looming for the City of Batesville. Of concern to some officials is the location of the coming dispensaries and their visibility to citizens traveling their normal daily routes for work, school, worship, and recreation.

“We have known this was coming for a long time, and it’s clear now the state legislature will soon give us something to work with,” said Alderman-at-Large Teddy Morrow. “As we understand it now each city and town in the state will have the opportunity to set our own standards for where the dispensaries will be located inside city limits. I don’t believe the citizens of Batesville want to have a medical marijuana business on any of our main streets, and especially in areas where we have our families shopping or eating out.” 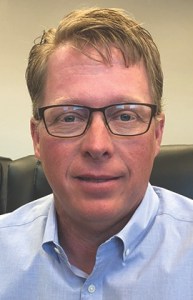 Morrow, also the city’s vice-mayor, said he has spoken with some of his fellow board members about the matter, and plans to bring it up at a full meeting of the mayor and board soon.

“It’s just something that needs to be addressed before we start getting applications for new businesses that will be dispensing pot in Batesville,” Morrow said. “If we can agree, I would like to see us have some strict regulations for any dispensaries inside the city limits. There are plenty of easily accessible places in the county that will not keep patients who have been prescribed medical marijuana from getting their doctor’s prescription filled.”

Morrow said he knows the city would lose its share of sales tax revenue generated from future pot sales if strict regulations mean some marijuana businesses choose not to locate inside the incorporated limits, but considers those losses not relevant to the discussion of marijuana business locations.

“This is something that means more than extra tax dollars,” he said. “Our city needs all the business revenue we can have to keep moving forward, but I hope we are willing to see past a few dollars for the good of our city.”

The timeline of medical marijuana cultivation and dispensing as a legal industry in Panola County is somewhat clearer with recent announcements from Mississippi House and Senate leaders that legislation has been drafted that lawmakers statewide will back in sufficient numbers to pass as a bill.

Gov. Tate Reeves can call a special legislative session to give lawmakers opportunity to pass the bill, but has yet to make that decision. His office said the cost of a special session is being considered.

If Reeves doesn’t call for a special session, the representatives and senators will make it one of the first orders of business with the convening of the next session of lawmakers in January.

That measure had broad language that would have allowed for a very loose system of medical marijuana business in the state, but the state Supreme Court nullified its passage, citing a technical error in the fine print of the initiative’s wording.

Lawmakers around the state then scrambled to draw up a bill that would tighten regulations, and give state agencies more oversight of the industry. Elected officials understood the will of the people with the original Initiative 65 passage, and hoped to have their own version presented and approved before another ballot initiative can be scheduled for future elections.

Locally, Panola Partnership CEO Joe Azar brought the issue of medical marijuana to the Board of Supervisors more than a year ago. At that time, Azar told the supervisors his office had already received multiple inquiries about opening marijuana related businesses in the county, and asked whether the board supported his efforts to accommodate that industry.

The supervisors agreed the marijuana industry, once legalized, would provide jobs and tax revenue for the area, but were also concerned that pot related businesses should be out of sight for average citizens.

At the time, board president Cole Flint said the county was an obvious choice for marijuana investors because of available land and its central location.

“That doesn’t mean that we have to allow marijuana being sold in front of our kids, though,” Flint said. “I hope our board looks at any applications that come up in the county very closely.”

Since then, a cultivation business has announced the planned construction of a large facility in the Airport Industrial Park, and several other locations in the city and county are being considered for cultivation and testing facilities.