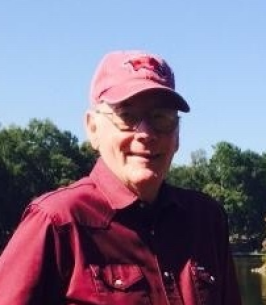 Michael Perry Brower, 76, of Madison, passed away  Wednesday, Sept. 29, 2021, at Mississippi Baptist Medical Center in Jackson. He was born in Centerville on Jan. 1, 1945, to Howard and Jewell Brower.

Mr. Brower was raised in Philipp, and graduated from West Tallahatchie High School, Class of 1962. Upon graduation, he attended Northwest Mississippi Junior College and Delta State University, where he received a Bachelor of Science degree in Business Administration. He proudly served in the United States Air Force and the Vietnam Conflict. During his time of service, he was stationed in Amarillo, TX; Okinawa, Japan; Blytheville, AR. Upon being honorably discharged, Mr. Brower received his Master of Business Administration at Delta State University.

He was employed by Baldwin Piano Company in Greenwood, and Fayetteville, AR. He was later employed by Diversified Technology in Ridgeland,  where he worked until his retirement. He enjoyed golfing, mowing the grass at the family farm, camping and going to Arkansas Razorback football games. He was a member of Parkway Hills United Methodist Church.

Left to cherish his memory is his loving family, which includes his wife of 54 years, Linda Carvan Brower; two sisters, Martha Brower Jackson of Clarksdale and Brenda Brower Todd (Mike) of Louisville; his twin brother, Patrick Jerry Brower (Barbra) of Cleveland; one brother-in-law, Wendall Carvan; one sister-in-law, Shirley Carvan Anderson; three nieces, Cindy Canoy (Mike), Emily Smith (Cam) and Ellen Joiner; and one nephew, Adam Joiner (Amanda). He was preceded in death by his infant brother, James, and his parents.

A private graveside service was held Friday, Oct. 1, 2021, at Oakland Cemetery in Oakland. In lieu of flowers, memorial contributions may be given to the charity of the donor’s choice.