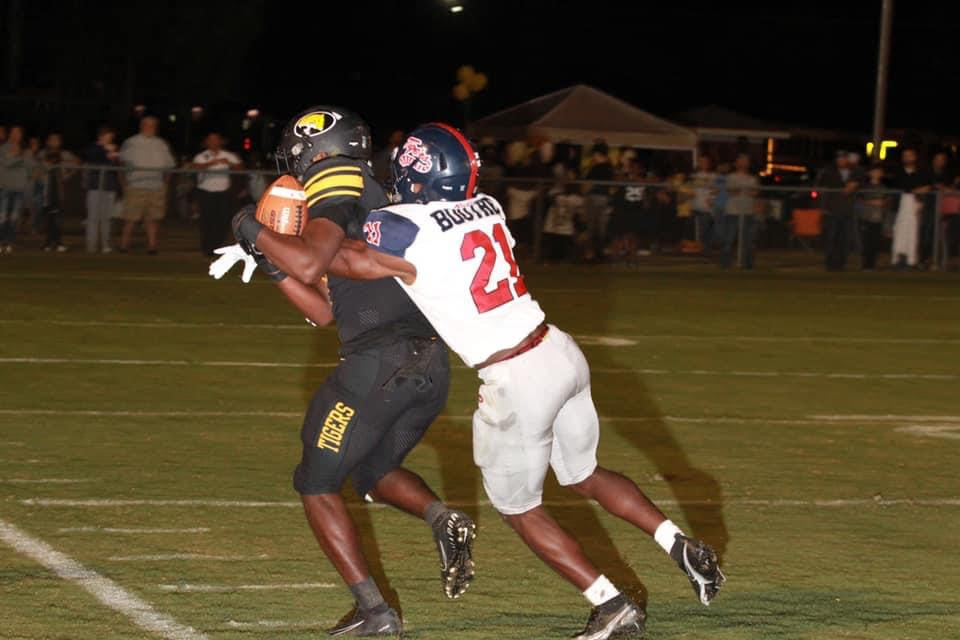 TheTigers opened up Region 1 6A play with a workman’s-like 25-9  win over Hernando last Friday in Hernando.

Friday marks the first time since 2016 South Panola and Olive Branch have met.

Against Hernando, D’Mariun Perteet scored on touchdown runs of six and one yards as South Panola (3-2, 1-0) overcame a slow start before coasting to the victory.

The Tigers led 12-3 at halftime on Perteet’s six-yard run and a six-yard David Hubbard to Ethan Johnson pass with 2:01 left to play in the half.

The South Panola defense was the story of the game as they held Hernando quarterback and Southern Mississippi commit Zach Wileke to a modest 207 yards passing while limiting the Tigers to 41 yards rushing.

Hernando was held out of the endzone until nine seconds to play in the game.

Julius Pope extended the South Panola margin to 18-3 in the third quarter on a seven-yard touchdown run. Perteet later iced the game with a one-yard plunge in the fourth quarter and Connor West added the PAT.

Perteet finished the game with 74 yards on 22 carries while Pope added 72 yards on seven totes to go along with a team-high nine tackles and a quarterback sack on defense.

Perteet also caught four passes for 43 yards with Johnson and John Blockmon adding three receptions each. Seandun Clark reeled in two passes for 68 yards, including a 35 yard hookup from Hubbard.