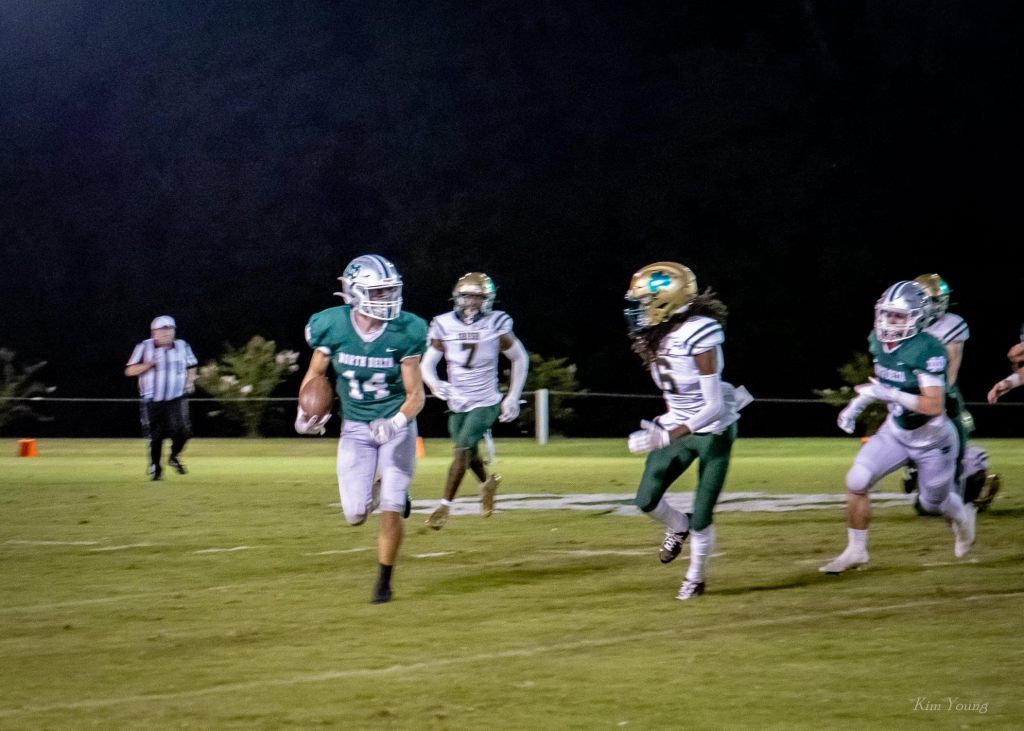 North Delta was looking to pull off a major upset, and more importantly snap a four-game losing streak against No. 3 ranked Greenville St. Joseph Friday night.

The Fighting Irish had other plans as they held the Green Wave to 88 total yards of offense in a 30-2 victory.

St. Joe struck first on its opening possession after forcing North Delta to a three-and-out as quarterback C.J. Moore lofted a 73-yard touchdown pass to give the Irish a 7-0 lead.

On North Delta’s ensuing series, Moore showed his athleticism on defense by returning an interception for a touchdown for a 13-0 St. Joe lead.

The Green Wave showed some moxie early in the second quarter by putting together their best drive of the game to the Irish one-yard line only to have an illegal motion penalty moved back to the six where they turned the ball over on downs.

North Delta avoided the shutout on the following series as Moore was called for intentional grounding and a safety.

The Green Wave would yet again drive to the Irish two-yard line, but would yet again be turned away. St.Joe would then capitalize on a 60-yard touchdown pass with 25 seconds left in the half to take a 20-2 lead at halftime.

The Irish would tack on a touchdown run and a 40-yard field goal to close out the scoring. Martin Wolfe led North Delta in rushing with five carries for 34 yards. Aden Sykes followed with 22 yards on five totes while Britt Robertson added 16 yards and caused a fumble on defense. Levi Gee contributed with 16 yards. Max Michael recorded a fumble for the North Delta defense.

This week’s Homecoming Game against Oak Hill can be heard live on the Undefined Radio app on any mobile device, or livestream at www.undefinedradio.com. A Wednesday (6 p.m.) coach’s show is broadcast on the same platforms each week.