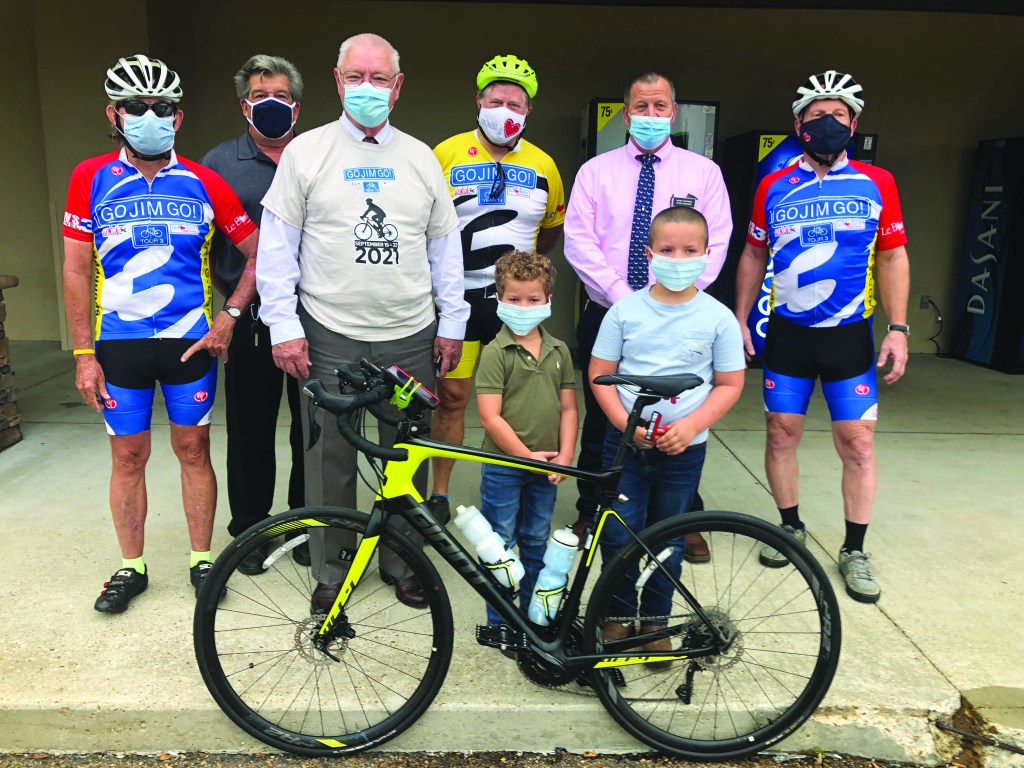 Two years after a Pope child was rushed to LeBonheur Children’s Hospital where his life was saved following an usual accident, his family was reunited with one of their many supporters from the traumatic time.

“Cruz’s accident happened on Sept. 14 so this time of year is really special to us and it was great for him to see Jim again,” said Tanya. “The day before his accident Cruz was standing on the sidewalk holding a Go Jim Go sign when he came through on his bicycle. That year Cruz was really into Go Jim Go, too, and he had worked hard trying to raise money for LeBonheur. We had no idea that one day later we would be there.”

The Saturday of the accident was like many of the Daughertys, Blake was repairing a fence line deep on his family’s land in southeast Panola County, and his sons were tagging along, and playing in Long Creek and helping when needed.

“Blake saw Cash throwing rocks and Cruz’s head under the water, but it was just a couple of inches and he thought he was playing. When he didn’t raise up, Blake grabbed him and he was purple when he turned him over,” Tanya said.

Far from any road and with spotty cell phone coverage, Blake knew he had to act quickly.

“He got him loaded on the four-wheeler and finally got enough coverage to make them understand where he could meet the ambulance. They were finally able to coordinate and landed the helicopter basically in the middle of a field and flew him straight to Memphis,” Tanya said.

What followed was several hours of tense waiting for the young family as doctors and nurses worked with Cruz, then just 5 years old. A seizure that happened just as the helicopter was landing at LeBonheur caused further consternation.

“He was breathing, but he had no vision and was not responding,” Tanya said. “The next day we were able to talk to him and he understood us but he had no memory of the accident and still doesn’t.”

The family said the outpouring of prayers, calls, and support from Panola County steadied them during the ordeal.

“Everybody was so wonderful that it was hard to believe that many people were praying for us,” Tanya said. “The school sent videos of his class wishing him well and they made banners and sent balloons. We were so grateful to have everyone at that time.
During his hospital stay, Jim Jaggers came to visit Cruz and took several photos for his young fan, something his mother says “really made a difference.”

Last Friday’s reunion between Jaggers and Cruz was special for the Daughterys, as well as Jaggers and his crew.

“Hey, this is what it’s all about,” Jaggers said. “This is why we have worked so hard over the years and had so much fun doing this. It’s all about helping LeBonheur help children, and here in Batesville we have an example of the great work performed there every day.”

Cruz, now a second grader at Pope School, was excited to once again see Jim Jaggers, and spend time admiring his racing gear and professional bicycle. Batesville Mayor Hal Ferrell met with Cruz and joined in a photo with the boys and representatives of Piggly Wiggly and the Go Jim Go team.

Then, because it was a school day, he and little brother Cash were back in the car with their mother, headed to class, but relishing in the moment and attention of the reunion.

Since 2006, the Go Jim Go campaign has raised more than $3.5 million for the children’s hospital, including a sizable amount from Batesville schools.

“Batesville has always been a great stop for us and a tremendous supporter of LeBonheur Children’s Hospital,” Jaggers said.

Photo:  Cruz Daugherty (front right) and little brother Cash enjoyed their visit with Jim Jaggers (center) last Friday at Piggly Wiggly as part of the Go Jim Go bicycle tour that raises money for LeBonheur Children’s Hospital. Cruz was a patient at LeBonheur almost two years ago to the day after an accident on family land near Pope. Batesville Mayor Hal Ferrell and Piggly Wiggly manager Randy Morrow joined with the Go Jim Go support team for a photo. 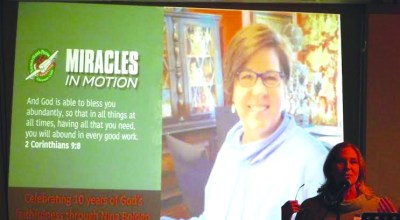