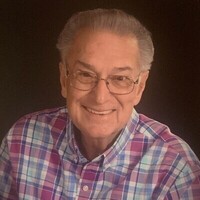 An intense two-day search for a missing Coffeeville man and his red Volkswagen convertible ended Sunday, Sept. 19, around 2:30 p.m. after the vehicle was discovered on Hwy. 32 between Oakland and Water Valley.

A deep gully and mounds of kudzu had obscured the vehicle, making it extremely difficult to spot from the air and ground for first responders and law enforcement officials from multiple counties who worked around the clock from Friday evening until the discovery.

Rev. Franklin Samples was found deceased inside the vehicle. Officials believe a medical issue led to the fatality.

“It appeared that he left the roadway without any marks,” Yalobusha County EMA Director Dalton Coleman explained.

Samples was last seen leaving a doctor’s clinic in Water Valley at 9:14 a.m. Friday morning. He was headed to Kroger in Batesville, and family members became concerned later in the day when he did not return home.

Part of the problem was narrowing down the search area as both likely routes to Batesville – Hwy. 315 to Hwy. 6 and west to the city or Hwy. 32 to the I-55 Oakland exit and north – span miles and miles of roadsides.

Samples’ phone had last pinged at a cell phone tower out on Hwy. 32, but the Hwy. 315 route was initially considered his most likely path. Coleman also explained that Samples’ cell phone was not emitting a new signal, and officials would later learn that the phone was submerged in water in the floorboard of the vehicle upon impact.

The search area was narrowed and the vehicle was spotted by a Panola County volunteer firefighter who walked several feet off the highway and was able to spot a glimpse of red in the kudzu.

“Something made him get out of the vehicle at that exact spot,” Coleman said.  “The helicopter had flown over it twice. We had all been in that area looking, myself, deputies and Coffeeville police. We even shined it at night hoping to pick up a reflection from the vehicle. The family had a lot of people including his friends out looking. It was off the road and covered in kudzu making it very difficult to spot.”

Samples’ vehicle had crossed the eastbound lane and went off the south side of the highway, leaving no tell-tale skid marks, debris or other indicators of the path down into the deep gully and kudzu.

“Our department extends our most heartfelt condolences to the family and friends of Mr. Frank Samples. Thank you to all the family, friends and surrounding agencies that assisted in the search. Panola County, Lafayette County, Desoto County air unit, Calhoun County, the Mississippi Highway Patrol and several surrounding fire units – your help was greatly appreciated,” Yalobusha County Sheriff Jerimaine Gooch reported.

“I appreciate them for helping us out. We have strong working relationships with all of these surrounding counties.”

“I hate the circumstances, but am thankful that we were able to get closure for the families,” the sheriff added.

Panola County Sheriff Shane Phelps, who spent hours helping with the search along with several local deputies, said the ordeal was tragic, but he was glad to see the family get answers about their loved one when he was found.

“It is a heartbreaking thing, and I was amazed at the number of people this man’s life had touched. I know the family had an outpouring of support from three or four counties, and it was obvious that he was well loved and will be remembered by many people for his kindness.”