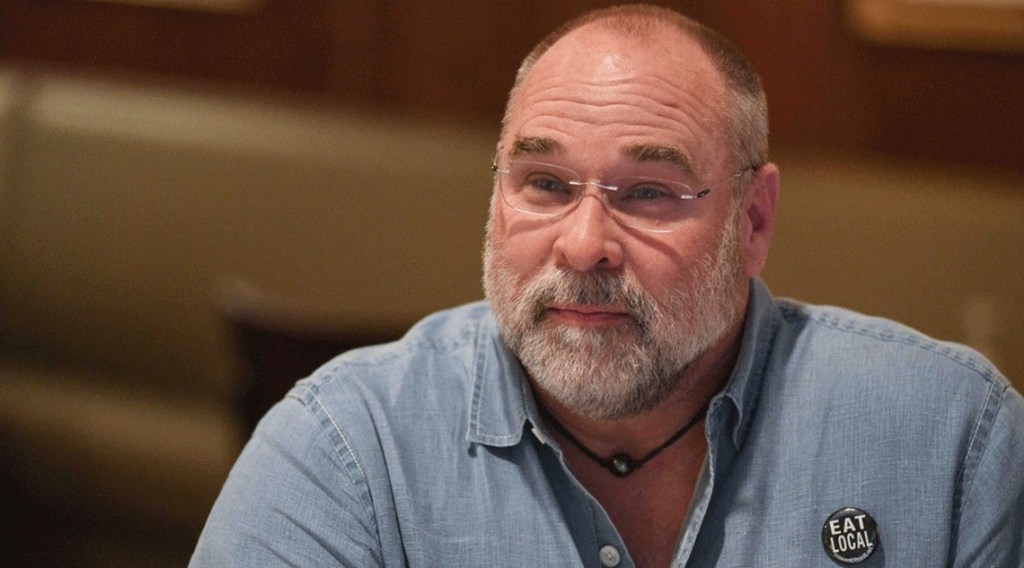 Link to Carpetbagger with Andouille Stuffing at end of column!

I had a very long, storied, and notorious college career but I ended up right back where I was born, in Hattiesburg as a graduate of the University of Southern Mississippi.

I started my freshman year at Mississippi State University way back in 1979. In between Mississippi State and Southern Miss, I attended William Carey University, Belhaven College, Hinds Junior College, Jones Junior College, and the Chemical Dependency Unit at Baptist Hospital in Jackson (which is where— at 21-years old— I finally straightened my life out and got serious about school).

I didn’t graduate with flying colors at Baptist Hospital, but something “took” as I’ve been clean and sober ever since. Most of my major coursework after that was done at the University of Southern Mississippi, where I received my bachelor’s degree, 21 years after my college career began.

There are five lessons in there, kids:
1.) Don’t do drugs.

3.) Once you start something, finish it. I graduated high school in 1979 and walked across the Southern Miss commencement stage as a 40-year old college graduate of the class of 2000.

4.) Everyone doesn’t need to go to college.

5.) I don’t have a number five, I just thought it would be cool to have a list of five.

This past weekend I was in Starkville visiting my son who is now a junior. There are several passions that he and I share— movies, music, football, and food. He and I always ate breakfast together as father and son when he was young. That started because the girls liked to sleep late and he— at least in those days— got up early with me. These days he sleeps late too, so we mainly eat lunch or dinner together. His go-to is always steak, and we have great memories of eating steak dinners together all across the country. His mom and I hadn’t seen him in a few weeks, so we were looking forward to catching up over a steak.

We didn’t arrive in Starkville until late in the afternoon and hadn’t thought to make restaurant reservations in advance. I suggested a couple of places owned by friends of mine, but he said they’d be too crowded and maybe we could get a reservation at a newly opened steak restaurant, Prime 44.

He called but were told they were booked, as a brand-new restaurant at 6 p.m. on a game day weekend should be. But we picked him up anyway and started to make the rounds checking how long the waitlists were at other restaurants around town. He didn’t have much time to spend with us as he was DJing at a party that evening. While we were driving around looking for a place to dine, I passed Prime 44. “I’m going to pop in and see if they’ll take a party of three as walk-ins.”

“Maybe they’ll have a couple of seats at the bar. It won’t hurt to ask.” The bar is always fine with me. If I’m in a short-order café I always choose the counter seat first. If I’m in a fine-dining restaurant that has a food bar overlooking the kitchen, that is always my first choice, it doesn’t matter where a dining room table is located or what view that table offers. When it comes to sitting at a bar to have dinner versus not having dinner at all, I’ll belly up to the bar in a heartbeat.

I walked in and checked with the host who told me that the only seats available were at the bar. “Perfect!” I said. “We’ll take them.”

The small bar seats five and luckily two good friends already occupied the two other barstools. The conversation was lively, and— according to my wife and friends— the cocktails were excellent. The food was outstanding.

A tuna tartare appetizer was perfectly presented and tasted even better than it looked. I could have ordered two of those as a meal and called it quits. But we were at a steakhouse, and my son was ready for a large slab of red meat.

The boy and I have a rule when we eat at steakhouses. If the beef is graded out as choice, we order a ribeye. If the place is serving USDA Prime beef we go with a strip. The place is called Prime 44, and they serve prime beef, so the choice was easy. We both ordered a strip. My wife is a filet mignon eater. Always has been, always will be.

The older I get, the more I change the temperature of my steak order. As a kid, and into my twenties, I was a rare steak eater. In those days there was never a steak cooked too rare for my tastes. Into my thirties and forties, I moved into medium rare territory. Sometime in my fifties I ordered a medium rare steak, and it came out just a tad over and it was perfect.

Today I order a steak medium rare-plus. Medium rare is fine, and I’ll eat it all day long, and a steak cooked medium is way too over done for me. But that sweet spot in between medium rare and medium is the spot where a steak reaches perfection to my taste. Medium rare-plus reaches an internal temperature that allows the myoglobin to steam the protein without drying out the cut of beef.

Some steakhouses scoff at the thought of, “medium rare-plus” but the finest steakhouses know exactly what that means and are able to pull it off with ease.

The steaks at Prime 44 were spot on. The sides we ordered— sauteed spinach, crispy brussel sprouts, onion rings, grilled asparagus, and sauteed mushrooms— were all on point, the brussels being the stand-out side dish.

The atmosphere and lighting felt a little like big city Miami, the service was spot-on, efficient, and perfect. The food was excellent. But what impressed me the most— and this is coming from a guy who has been a part of 22 restaurant openings over the course of his 40-year restaurant career— is that they are only three weeks into service and appear to be hitting on all cylinders. That is quite an impressive feat in this lingering Covid era with all the labor, hiring, and supply-chain challenges that are present in the restaurant industry across the nation.

I would easily put Prime 44 in my top-10 best restaurants in the entire state, and probably among the top three steakhouses. It doesn’t take 21 years of college to come to that conclusion, but it certainly doesn’t hurt.

Click Here for Link to Carpetbagger with Andouille Stuffing – Enjoy!