Green Wave beat by Bayou, at Marshall this week 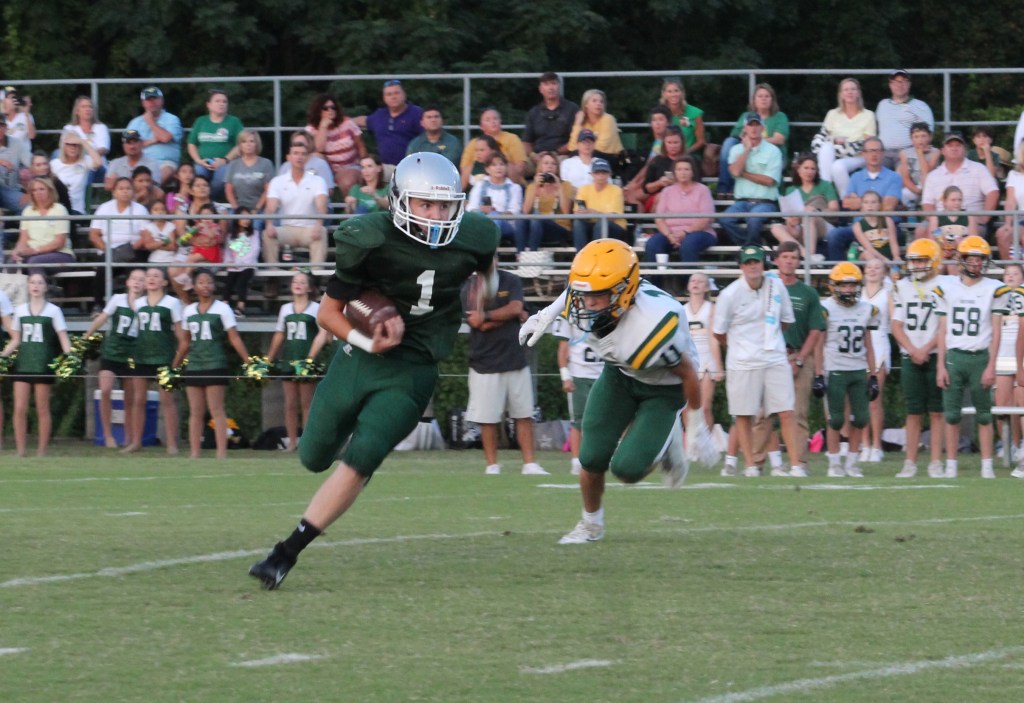 The North Delta Green Wave were looking to snap a modest two-game losing streak at Bayou Academy Friday (Sept. 10), but more importantly, get its offense back on track after being shut out 7-0 by Kirk the week before

Bayou would have none of that as they held the Green Wave to 163 total yards of offense on their way to a 28-0 victory.

Green Wave fans can listen to the game live from Holly Springs by accessing the broadcast at www.undefinedradio.com, or by using the Undefined Radio app on any mobile device. The North Delta broadcast team of Tracy Reed and Chris Walls provide the coverage.

In last week’s game, the Colts (4-0) wasted little time getting on the scoreboard by scoring on the opening series on a 21-yard run. Bayou added two more touchdowns in the second quarter to take a 21-0 lead at halftime. North Delta put together a 13-play drive in the second quarter but turned the ball over on downs at the Colt 21-yard line.

Bayou put the game away midway through the fourth quarter on a 50-yard scramble by quarterback Joe Smith. North Delta yet again showed signs of life on its final possession of the game with a 15-play drive to the Colts 10 where they were turned away on downs.

Levi Gee was the leading ground gainer for North Delta with 78 yards followed by Martin Wolfe with 38. Layton Wells intercepted two passes while Ridge Aldison recovered a fumble to snuff out a Bayou drive in the first quarter.