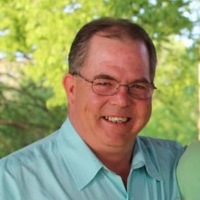 Funeral services will be 11 a.m. Saturday, Sept. 11,  in the Martin Willingham Memorial Chapel of Wells Funeral Home with interment to follow at Lambert. The family will receive friends Friday evening from 5 – 8 p.m. at Wells Funeral Home. Dr. Paul Middleton will officiate. Jeremy Weldon will deliver the eulogy.

Scott was born July 6, 1965, to the late Carl Webster and Betty Jo Prather Parker in Clarksdale. Scott graduated from Delta Academy in Marks in 1983. He proudly served his country in the U.S. Navy where he made many lifelong friends. Scott worked as a machine operator for Cooper Tire in Clarksdale and Shell Rapid Lube in Batesville.

He was a member of Calvary Baptist Church.

In his spare time Scott enjoyed golf and fishing. He was an avid Ole Miss Rebel fan. Scott had a heart of gold. Scott was extremely proud of his girls and their accomplishments.  He enjoyed spending time with Morgan, Laura Beth, his grandson Ryan and extended family and friends. All who knew him loved him and his bright smile and positive attitude.

The family would like to thank Frank and Rusty Gurley for everything that they have done over the years for Scott.