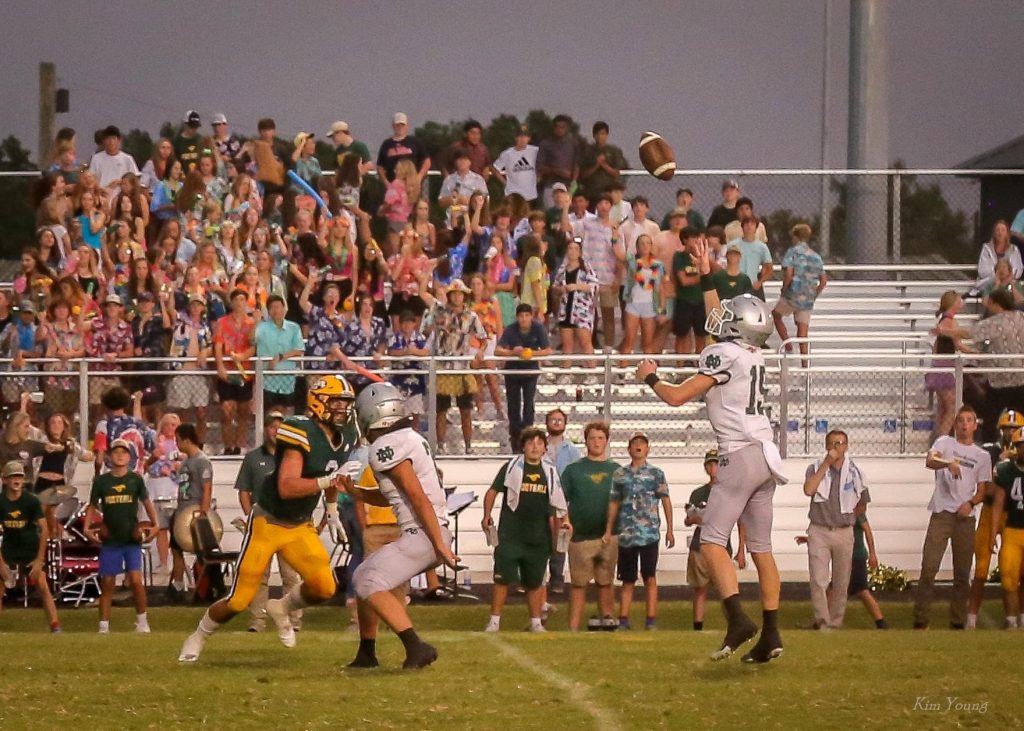 Kirk Academy will be trying to break a 12-game losing streak to North Delta School this Friday when they travel to Batesville to take on the Green Wave, who leads the all-time series 17-6. The Green Wave last lost a football game to the Raiders 15 years ago.

Colbert Hathcock will call signals for the Raider offense and running back A.J. Wren will join hij in the backfield.

Last week, North Delta fell to 1-1 on the season with a 37-8 loss to the Pillow Mustangs in Greenwood.

Having lost starting quarterback Lewis Smith to an injury in a win over Rossville, Tenn., in the season opener, the Green Wave was at a disadvantage heading into Friday night’s contest at Pillow.

While the Green Wave found success at times moving the ball on offense, they could not hold off Pillow as the Mustangs jumped out to a quick 14-0 lead in the first quarter and cruised to a 37-8 victory.

After the Green Wave’s opening possession stalled at the Mustang 24, Pillow scored on its first play from scrimmage with a 76-yard pass to take a 7-0 lead at the 5:38 mark of the first quarter. Following a North Delta punt on the ensuing series, Pillow found some good fortune as yet again on the first play, the Mustangs fumbled only to have a running back scoop it up and race 70 yards into the endzone for a 14-0 advantage.

North Delta missed a golden opportunity to put points on the board in the second quarter when cornerback Matt Johnson picked off a pass at the Mustang 28, but could not convert and turned the ball over on downs at the Mustang 20-yard line.

The score stayed 14-0 at halftime before Pillow blew the game open in the third quarter on scoring runs of 58 and 1 yards before adding a safety for a 30-0 lead. North Delta avoided the shutout with 9:23 left in the fourth quarter as Martin Wolfe scored on a six-yard run. Quarterback Layton Wells converted the two-points with a pass to Stiles Rowland.

Levi Gee led the North Delta offense with 24 carries for 101 yards. Wolfe followed with 54 yards on 12 carries while Britt Robertson finished with 30 yards on six totes.

The Green Wave opens district play with the Kirk game this week. Kickoff is slated for 7 p.m. on the North Delta School campus. 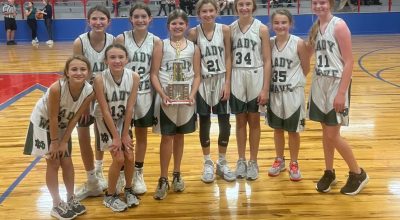 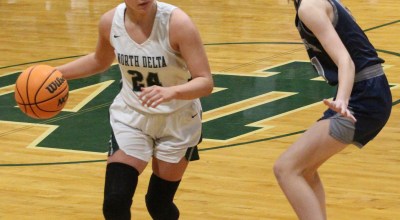