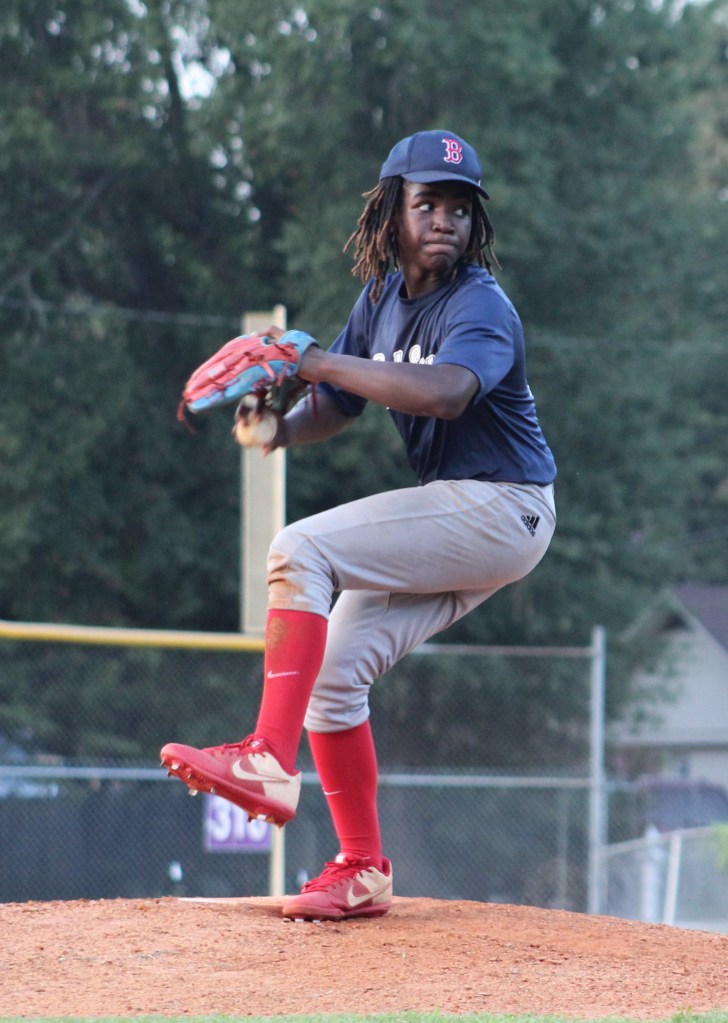 Karson Ware and Jamarrian Ingram combined for a no-hitter as the Red Sox downed the Royals 10-2 in four innings in American Legion fall baseball league Monday.

The Red Sox (2-1) sent 10 batters to the plate in a six-run fourth inning that blew the game open.

Leland Weldon and Owens Johnson delivered the key hits in the frame with a pair of two RBI singles. Weldon also added a single in the third.

Ware issued three walks and struck out two batters in the two innings on the mound while Ingram fanned three and walked four also in two innings of relief.

The Cardinals picked up their first win of the season over the A’s in three innings despite not getting a hit. The game was halted in the bottom of the third as time had expired.

Alex Jackson, Cooper Williams, Keyshaun Washington, Will Carpenter and J.T. Hall crossed the plate for the Cardinals. Kolby Baker accounted for the lone hit for the A’s with a leadoff single in the first before later scoring on a wild pitch.

Talan Ottens added the other run by scoring on a groundout by Cam Moore.

Photo: After a week of postponed games due to players with Covid and several in quarantine, American Legion baseball was back in action this week. Red Sox pitcher Jamarion Ingram, a South Panola High School freshman, was impressive on the mound Monday night. The Batesville league has games Monday and Tuesday nights at the American Legion Park for local junior high and high school players wanting extra game experience during the fall semester. (Glennie Pou)