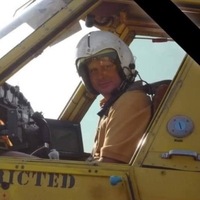 John Mann spend his career as an Ag Pilot having flown hundreds of hours for farmers throughout many states. When he wasn’t flying, John Mann enjoyed spending time with family and friends while listening to music. He was a self-made man. John Mann also enjoyed cooking and working in his vegetable garden.