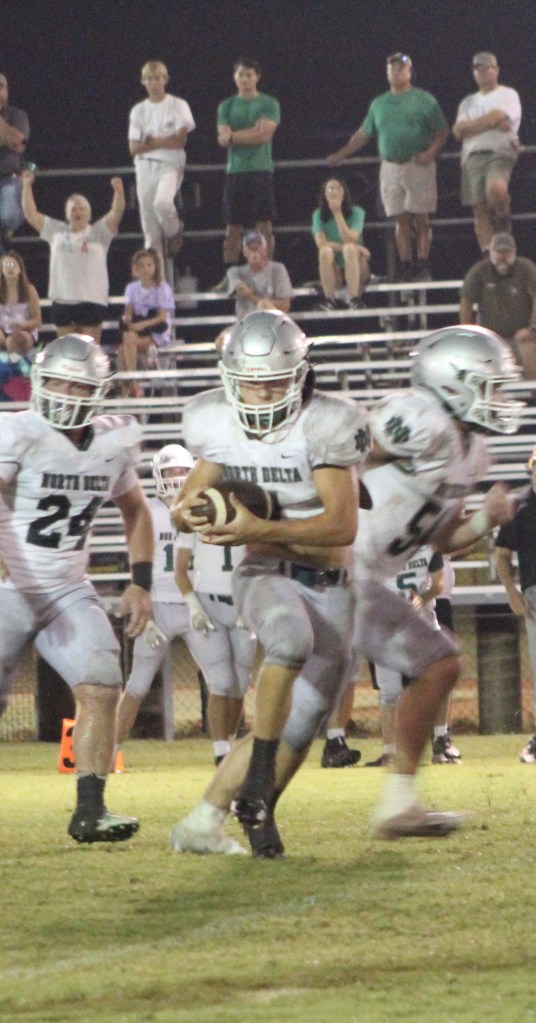 Annual jamborees are normally used as a measuring stick on where a team’s progress is leading into the season.

North Delta looked to be in mid-season form as the Green Wave tied Bayou 0-0 before defeating Clarksdale Lee 6-0 at a soggy Corp. Brandon Presley Memorial Field.

Levi Gee accounted for the lone touchdown of the night as the junior scampered 77 yards against the Colts. Gee finished with 90 yards rushing on four carries. In two games, North Delta rushed the 19 times for 183 yards while attempting only one pass.

“For the most part, I feel we executed well offensively and the effort was pretty good, but we do need to do a better job holding on to the football,” said North Delta head coach Mac Aldison.

The Green Wave coughed up the football twice against Lee and lost one.

Junior running back Britt Robertson carried the ball five times for 31 yards which included a 14-yard run on the first play against Bayou. Martin Wolfe added 14 yards on four carries.

On the defensive side of the ball, Levi Martin recovered a fumble deep inside Green Wave territory to snuff out a Bayou drive while senior defensive back Layton Wells broke up three passes. Stiles Rowland provided three tackles.

“Defensively we played hard and defended  the pass well. The speed sweep gave us a little trouble, but overall we were please with our performance. We still have a lot of work to do on both sides of the ball before we play Rossville Friday, but we will be excited to get back to work Monday,” said Aldison.