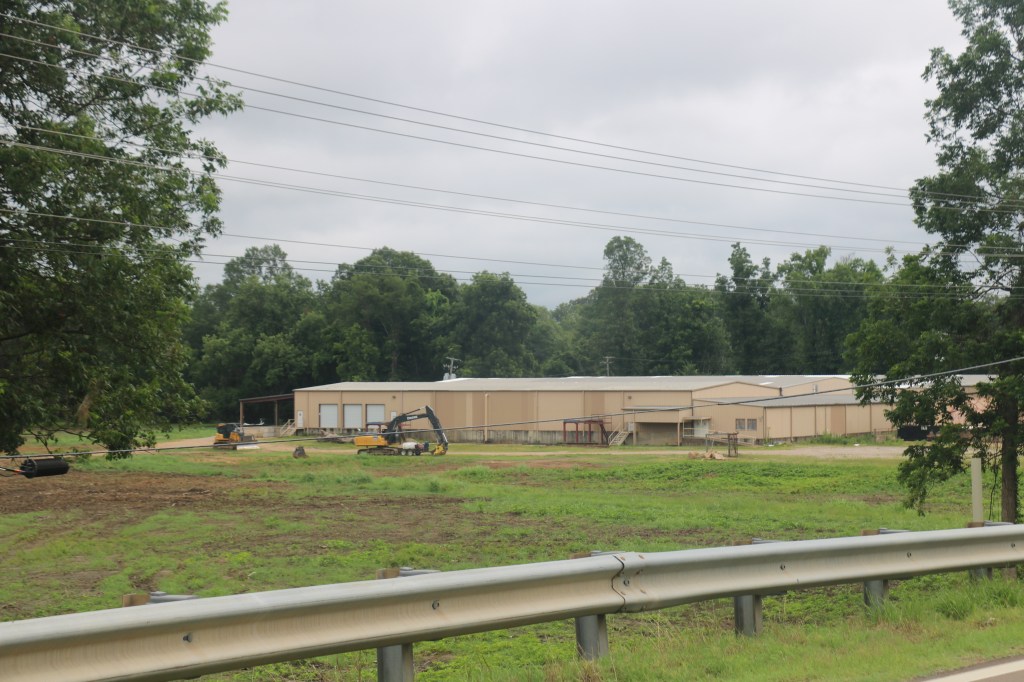 Thanks to the robust industrial and commercial real estate market in Panola County, a longtime eyesore on Hwy. 6W in Batesville has been purchased by developer and entrepreneur Woody Loden and is being refurbished for future manufacturing or storage.

Known across the Batesville trade region as Framed Pictures, the 15-acre parcel of land sits on the corner of Hwy. 6 and Boothe Street and has been in a state of disrepair for several years since the business closed.

People once drove from neighboring counties to work at Framed Pictures, with some calling the business Picture Frame, and some using the official name. When manufacturing ceased here, the building became overgrown with vines and the grass grew tall in the adjacent vacant lot.

Visitors coming into Batesville from the west saw the rundown property immediately when they crossed the overhead bridge near Mr. Jiffy convenience store, and city officials had explored several options to purchase the property, if only to keep it clean and present a better image to drivers passing in on Hwy. 6, and for the benefit of those owning land nearby.

“After reading an article in The Panolian about all the marketable buildings for manufacturing being filled, Woody contacted me about the building,” said Joe Azar, CEO of Panola Partnership. “His purpose was to give Batesville an available industrial marketable site to show prospects, and he said he wanted to see what could be done.”

“We had shown the building and property to probably a dozen people before Woody walked through it,” Azar said. “Everyone else said the building should be torn down, but to his credit Woody could see the potential. He looked past the weeds and saw that it could be a real asset to Batesville and a profitable venture.”

Mayor Hal Ferrell said, “This is just another step in making Batesville all it can be and I’m very proud of our city.”

Since the purchase, Loden has contracted a long list of refurbishments, including a new roof where needed, new partitions with drywall, a new sprinkler system, and a complete electrical overhaul with LED lighting.

“The place looks amazing inside now, and it won’t be long until people will be able to see major improvements to the landscaping and exterior,” Azar said.

Most noticeable already is the clearing work on the vacant land to the west of the building. Contractor Chris Brocato was hired to clear about six acres overgrown with tall grass and trees.

More than 60 trees were cut and burned on site and the dirt has been leveled and can be developed for a parking lot or future buildings to support the main 110 sq. foot structure.

One holdup on the cleanup and development of the property was the costly proposition of cutting and removing the trees. Fire codes and burn ordinances in Batesville did not allow for the burning of debris and trees from the industrial zoned site inside the city limits.

Fire Chief Tim Taylor told aldermen early this year that burn regulations were too stringent for a city the size of Batesville, and presented an ordinance that would allow for land clearing and economic development improvements without endangering the health or safety of residential neighborhoods or the commercial establishments on the highway.

Aldermen approved a new ordinance and using those regulations, Brocato was allowed to dig a 20 foot pit and push trees and brush in the hole where it could be burned on site using a wind curtain that essentially forces large amounts of air to the bottom of a burning pile of debris with the effect of creating a super hot inferno that consumes debris instantly and produces very little smoke to affect traffic or pedestrians.

Azar said interest in the building has increased since the land was cleared and prospective industries can see the structure and its potential.

“Nobody could see what Woody did and I think this will be a very successful project that all of Batesville can be proud of,” Azar said.