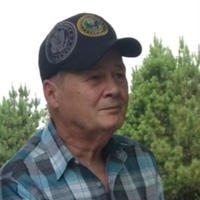 Funeral services will be 2 p.m. on Tuesday, July 20, in the Martin Willingham Memorial Chapel of Wells Funeral Home with the interment to follow at Longtown Cemetery. The family will receive friends at the funeral home two hours prior to the service at 12 Noon.

Don was born on August 22, 1947 to the late Travis Earl Nelson and Catherine Imogene Nelson in Sarah. He and his late wife “Kitty”, who passed earlier this year, owned and operated Don’s Surplus Sales for many years in Batesville.

Don and Kitty were also members of McIvor Baptist Church. He honorably served our country in the U.S. Army during the Vietnam War and was stationed in Alaska. Don always supported his community, including the local fire and police departments. He will be truly missed by all who knew him.

Along with his parents, he is preceded in death by his wife, Karen Lynn Jaudon Nelson; one sister, Jeanette Taylor; one brother, “Buddy” Nelson and one grandson, Nelson Lee Stewart.