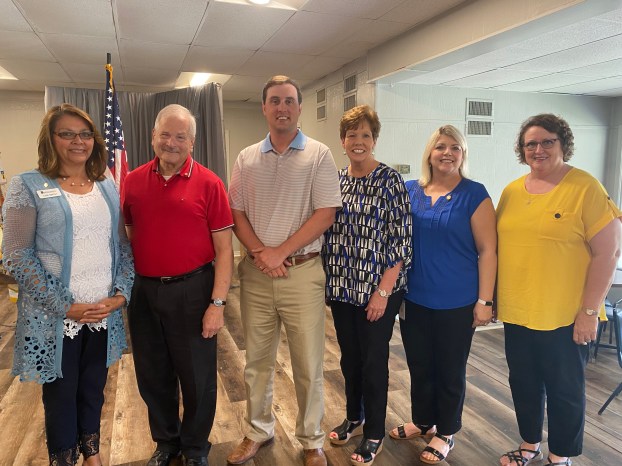 Batesville Rotarians gathered Tuesday, June 29, for their regular lunch meeting at Panola Country Club, where president Lisa Smith gave a report of the activities undertaken by the civic organization in the last year. New officers were presented and three members were officially recognized as Paul Harris Fellows.

The Batesville Rotary Club has completed its 84th year of continuous meeting and service in the community. Members have met at the Panola Country Club for the past 66 years. 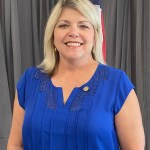 At Tuesday’s meeting, Sandra Darby, Stephen Whatley, and Joe Azar were announced as Paul Harris Fellows, the highest level of service offered by Rotary International. The new board for 2020-21 was also presented. Local Rotarians will be led for the next year by Pastor Jerry Long with Will Magee serving as president-elect. 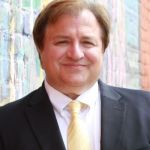 Outgoing president Lisa Smith reminded Rotarians of the projects undertaken by club members in the past year, including the annual Christmas Party for students at Batesville Elementary and the group’s largest fundraiser, the popular Gateway to the Delta race. 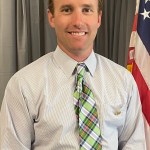 With the passing of the worst of the pandemic, the club will resume its Dictionary Project that puts copies in the hands of each third grade student at Batesville Intermediate.

Throughout the year the club supported Fellowship of Christian Athletes, the Grace Place, local Boy Scouts troops, the Polio Project, and the Rotary Leadership Conference.

Club members also recognize deserving seniors and instructors from South Panola High School and North Delta School each month with its Student of the Month and Teacher of the Month designations.

Rotary Club weekly attendance has continued to improve as more members are gathering and special speaker programs are easier to facilitate each week.

No major crime calls in county during holiday