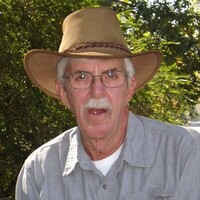 Bob was born on Oct. 13, 1954, to the late James William Ford and Betty Jane Mixon Ford in Water Valley. He worked as a truck driver for 49 years and was a member of the Pilgrims Rest Baptist Church.

Bob was also a volunteer firefighter for the Mt. Olivet Fire Department (Station 4) in which he was one of the founding members.

The family left behind to cherish his memory includes his two sons, Nick Ford (Rachel) of Thaxton, and Jesse Ford (Laura) of Springfield, TN; one sister, Janie Cosby of Courtland; two brothers, John Ford of Courtland,  and Kenny Ford of Dallas, GA; and 7 grandchildren.

Along with his parents he is preceded in death by two sister-in-laws, Linda Ford and Judy Karr; and one brother-in-law, Mike Cosby.

In lieu of flowers, the family ask that you make memorial contributions in Bob’s name to the Pilgrims Rest Baptist Church or the Mt. Olivet Fire Department.