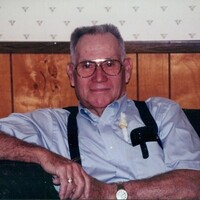 Funeral services will be held at 4 p.m. on Saturday June 26,  in the Martin Willingham Memorial Chapel of Wells Funeral Home. The family will receive friends 2 hours prior to the service. Interment will be held at Forrest Memorial Park.

John was born December 15, 1936, one of six children to the late Richard Lawrence Mason and Georgie Wilson Mason in Batesville. John worked as an engineer for the Mississippi Soil Conservation Agency before retirement. After retirement, John enjoyed tending to his flowers and working in his garden. John also raised cattle on the side. He could often be found picking up cans and cutting his grass. His most prized possession was his family and his precious dog Tara. John was a member of First United Methodist Church in Batesville.