Food seasons are special in the South 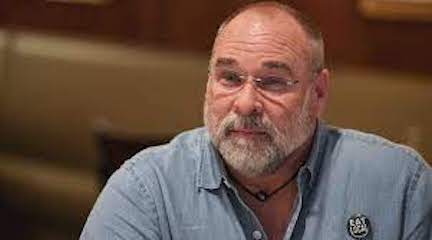 It’s true, everything has a season. Especially here in the South. Some southerners see the seasons as football season, basketball season, and baseball season. Others live by dove season, deer season, duck season, and turkey season. When one travels into the Deep South the four seasons are more accurately noted as almost summer, summer, still summer, and Christmas. But for those of us in the food business, we measure seasons by the availability of certain food products or the occasions of certain seasonal holidays, events, and celebrations.

For me, the seasons of food down here are very different than what the seasons are for my friends in Minnesota where they deal with bitter cold for a large portion of the year, or for my friends in South Florida who have warmth and sunshine 12 months straight. My friends in California have near perfect weather all year long and are able to grow amazing fruits and vegetables every day of the year.

So, my food seasons are not only associated with what is fresh, and which crop is coming in at the moment, but also the activities that happen during certain times of the year. July reminds me of barbecue in all its forms. I am mainly a fan of ribs, but I also love pulled pork. A half-and-half plate of dry ribs and a pulled pork sandwich with cole slaw is hard to beat in the heat of July. For years my hometown was blessed with a barbecue place called Leatha’s which sold some of the best barbecue, ever. Today I get my barbecue ribs from a joint just south of town— Donanelle’s— which makes, to my taste, the best barbecue ribs I have ever eaten. Seriously, the best, and I have eaten barbecue ribs all over the Southeast.

August reminds me of crabmeat. As a child we had a fish camp on the Mississippi Gulf Coast and my mom, my brother, and I would bait crab traps every morning and check them at the end of the day. Once our ice chests were full, we would head back at dusk, boil, and pick the crabs. My mother would mainly make West Indies Salad which seemed to always be in the refrigerator at the camp. But a lot of the crabmeat didn’t even make it into the picking bowl, as I would eat it at the table as I was picking. At our Creole restaurant in Hattiesburg, we always have a crab feature menu in August which is typically the best month for crabmeat.

September is shrimp month for me. It’s actually not the peak time for shrimp— browns run out early in the summer, whites can last through late fall— but they’re still bringing in shrimp in September, and our Creole restaurant occasionally prepares a feature menu showcasing shrimp that month.

October is my favorite month for oysters. It’s far enough from the heat of the summer and it always seems like oysters are close to hitting their peak, and seem plumper, in the 10th month. As a kid I would probably tell you that October tastes like chocolate because typically ate all of the Halloween candy before we even had a chance to pass it out on the 31st. But now October marks that period when my oyster consumption kicks into fifth gear.

November tastes like turkey and sweet potatoes. It’s strange that one day can create an association for an entire 30 days. But if I sat here and tried to think of another food stuff that reminds me of November, I really couldn’t think of anything. I don’t eat cranberries, so turkey it is.

On the food scale, February is not much different than January in that I go for comfort foods. My vegetable beef soup recipe was created a couple of decades ago on a snow day in February. We still make it and serve it at home and in the restaurants around that time of year. To my taste, it is the best version of that specific soup, ever.

March tastes like Creole food. Mardi Gras is a big deal around here and king cakes are plentiful but, for me, it’s more about the jambalaya, shrimp creole, and crawfish etouffee that end up at the center of the plate. Every once in a while, we can boil crawfish in March, but they’re usually small that early in the season.

April is all about lamb. My grandmother was a master lamb cook. She made leg of lamb often but in April she doubled her efforts. As a kid, growing up in South Mississippi in the 1960s and 1970s, lamb was the most exotic food I knew. It was always a treat. April also tastes like strawberries as Louisiana’s Ponchatoula strawberries start migrating north into our markets and into the inventories of our produce suppliers.

June might be my favorite food month. June tastes like peaches. Actually, if someone were to ask me what summer tastes like, I would answer: Peaches. I always keep a bowl of fresh peaches in the refrigerator in the early to mid-summer. There is a bowl in my refrigerator at this very moment. Though they will likely be gone before this column hits the presses.

How to Plan a Backyard Vacation