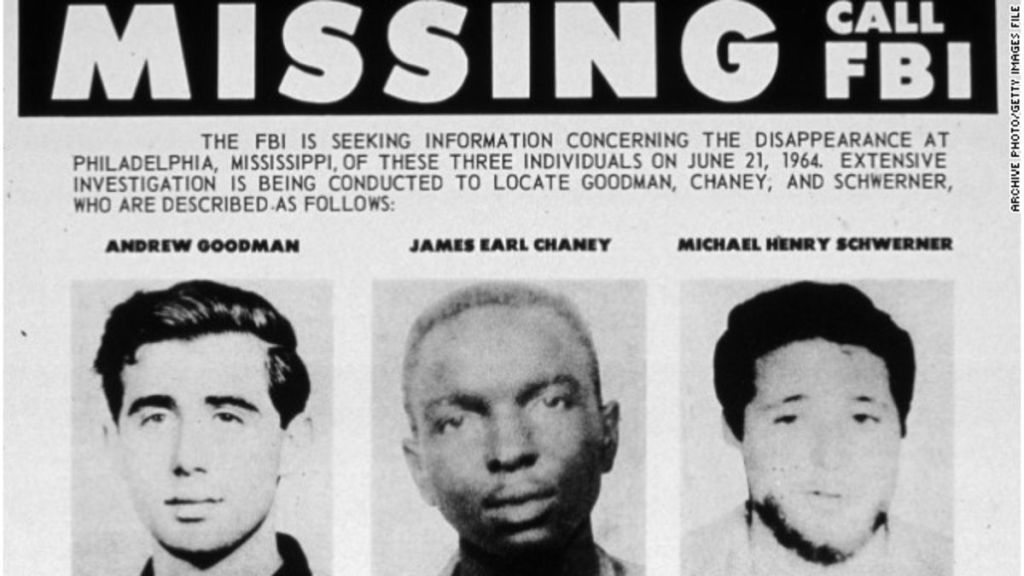 Case files, photographs, and other records documenting the 1964 murders of civil rights activists James Chaney, Andrew Goodman, and Michael Schwerner are now available to researchers at the Mississippi Department of Archives and History (MDAH). The materials were gathered and compiled by the Mississippi Attorney General’s office in its 2004 reopening of the Mississippi Burning (code name MiBurn) case and investigation, which culminated in the June 2005 trial and conviction of Edgar Ray Killen. Mississippi Attorney General Jim Hood officially closed the investigation in 2016, and the files were transferred to MDAH in spring 2019.
The materials, dating from 1964 to 2007, include case files, Federal Bureau of Investigation (FBI) memoranda, research notes, photographs of the exhumation of the victims’ bodies and subsequent autopsies, aerial photographs of the burial site, federal informant reports, and witness testimonies.
Goodman and Schwerner were two of the hundreds of volunteers who joined Mississippi Freedom Summer in 1964. The primary goals of the project were to register voters, conduct Freedom Schools, and promote civil rights.
Schwerner and his wife, Rita, joined Freedom Summer in January 1964 and worked with Meridian native James Chaney, an experienced Congress of Racial Equality organizer. Chaney and Schwerner worked with the congregation at Mount Zion Methodist Church in rural Neshoba County to organize a Freedom School.
On June 16, 1964, a delegation of the White Knights of the Ku Klux Klan attacked parishioners attending a meeting at Mt. Zion Church. Later that night, the Klansmen burned the church to the ground. Chaney, Goodman, and Schwerner drove to investigate the burning. The three men were abducted and killed on June 21 and buried in an earthen dam.

The bodies of the civil rights workers were found on August 4, 1964. In October 1967, the federal government charged eighteen men with conspiracy, including Edgar Ray Killen. Neshoba County Sheriff Deputy Cecil Price, Sam Bowers, and five others were convicted. The jury failed to convict Edgar Ray Killen. In 2005, Killen, a former Baptist minister and Ku Klux Klansman, was convicted of manslaughter in the 1964 slayings.

There are three catalog records for the collection: the Attorney General’s research files are Series 2870, the FBI Memos are Series 2902, and the photographs are Series 2903. Each catalog record includes a box-level description.
MDAH collects and preserves the archival resources of the state, including official government records, books and manuscripts related to Mississippi history, personal papers, newspapers, newsfilm, audio recordings, photographs, and more.
These materials are available to the public free of charge at the William F. Winter Archives and History Building, 200 North St., Jackson. Contact our reference department at refdesk@mdah.ms.gov to learn more about gaining access to the collections. For more information email info@mdah.ms.gov or visit the department’s website, www.mdah.ms.gov.