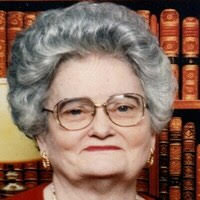 It is with deep sadness that I make this announcement. My mother Frances “Joy” Jaudon Kelly passed away at my home on March 24.

My mama taught me about respect, love, kindness, patience, honesty, compassion, hard work, tolerance and many other things. She was my rock, my anchor, but most of all my mama. Someone who was honest to a fault, someone I could ALWAYS count on no matter what. She helped me in my respective businesses throughout my and her life.

We don’t get many people in our life that fill those roles, but I thank God everyday that he gave me her for a mama. I loved her when she was still with us and I love her still. If I haven’t reached out to any of my or her friends during this time I apologize as it has been a very trying time for me and still is. What follows is her obituary which is in some ways a summary of her life. There’s no way to put into words what she meant to me and to so many more:

A memorial service for Joy was at 2 p.m. on Sunday, April 25,  in the Martin Willingham Memorial Chapel of Wells Funeral Home.

Joy was born on Dec. 23, 1928, at home in Becker, to the late Claude Houston and Mytrle Idellus (Awtrey) Jaudon. She attended Mississippi State College for Women in Columbus(MUW), MS. She married Bobbie Melvin Kelly on March 4, 1949 in Memphis.

She had three sons, Robert Franklin “Frank” Kelly, John Claude “Johnny” Kelly, and Bobbie “Bob” Melvin Kelly, Jr. all born in Greenwood, MS. They moved around in the early years of their marriage and after living with her parents in Memphis, in 1958 they moved to Twist, AR where they lived until 1965, when they moved to Batesville, MS where she spent most of her life. Twist was 11 miles from Earle, AR where the boys attended school and worshipped at Earle First Baptist Church. While living in Twist, her husband ran the general store and Joy worked at the farm office.

After moving to Batesville in 1965 Joy and her husband owned and operated Kelly’s One Stop (The Monkey Station) on Highway 6. From there, they went to operate Kelly Bros (Dixie Truck Stop) at Highway 6 & 51. After several years here, a new store was built on highway 35 North which she actively worked in and later they purchased JK’s Package Store, which she operated for years until she sold it years later. During this time she kept books for Bill McKie, the Sealtest Distributor here in Batesville. She then worked at JKV until she was 85. She never wanted to quit work and stay home and do nothing. Even after 85 she continued to run business errands for her son, Johnny and her daughter-in-law Helen until she was 92.

Joy loved her family, especially her grandchildren. She had very dear friends in Batesville who meant so much to her. She loved people and people loved her. She touched many lives in her lifetime, through her work, her church, her children and her personal day to day living. In the end she continues to give of herself as she donated her body to science.

Surviving her include her two sons, John C. “Johnny” and Helen Kelly, Bobbie “Bob” and Suzie Kelly along with her sister, Barbara Jane “Janie” and Joe Greever.

She was preceded in death by her husband Bob on Christmas Day in 1985, her son Frank in July of 2006, her brother Charles Hendon Jaudon in 2018, and two grandchildren, Tena Tedford Morgan and Richard Russell Tedford.

As the boys were growing up, she became very close to many of their friends.

Joy was a member of the First Baptist Church of Batesville where she worshiped regularly until her health prevented it.

In lieu of flowers, if you wish to make a memorial donation in Joy’s name, please do so to the Wounded Warrior Project or the VFW, which she both supported.