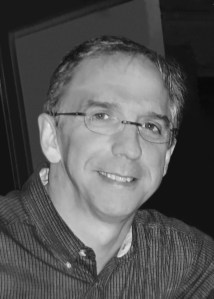 Robert P. (Bob) Myers passed away on June 13, 2021, at his home in Ridgeland.  Born on Jan. 25, 1952, in Hazlehurst, he was the son of the late Patrick H. Myers and Lillian C. Myers.  Bob’s parents were expecting one child but to everyone’s surprise he was followed minutes later by a twin brother, Don.  Bob, Don, and their older sister Patsy had a magical childhood as Lillian and Pat were amazing parents and times were simpler.

After graduating from Hazlehurst High School in 1970, where he made life-long friends, he attended Mississippi State University and graduated with a B.S. degree in general sciences and became a staunch, lifetime Bulldog fan.

He earned the M.D. degree at the University of Mississippi School of Medicine in 1978.  After completing a residency in urology in 1983, he practiced with Mississippi Urology Clinic for 30 years.  He loved his practice of urology and the patients, physicians and employees of the urology clinic and hospitals with whom he worked. During his practice he also served as Chief of Staff at Baptist Medical Center.

He was diagnosed with mantle cell lymphoma in 2009 and later retired from practice due to complications from a second stem cell transplant. During the transplants, numerous scans, appointments, chemotherapy and related procedures, he never complained.

Until a few days before he died, he downplayed his illness and was always thinking of others first.  He often said, “Enough about me – how have you been doing?”

A beloved husband, father, brother, and friend, he was always kind, compassionate and empathetic – in both his personal and professional lives.  He will be deeply missed.

In addition to his parents he was preceded in death by his first wife, Dianne Howell Myers, and an infant son, Patrick Preston Myers.  He is survived by his beloved wife of almost 30 years, Jennie Houston Myers, daughters Lindsey (Rob) McClure of Madison and their children Lily and Hadley, Emily Myers of Portland, Oregon, and his step-daughter Chris Smith of Memphis and her children Alec and McKenna.  He also leaves his twin brother Don Myers (Charlotte) and their daughter Claire, his sister Patsy Brooking (Carl) and their children Chris Brooking Richardson (Kevin) of McComb and Carter Brooking (Taryl) of Austin, Texas.

The funeral service will be conducted by the Rev. Buddy Stallings and the Rev. David Elliott at St. James’ Episcopal Church in Jackson on June 17, at 2 in the afternoon.  Following the service and interment in the church columbarium, a reception and celebration of Bob’s life will be held in the parish hall at the church.

In lieu of flowers memorials may be made to St. James’ Episcopal Church, Habitat for Humanity, or Hospice Ministries Ridgeland.