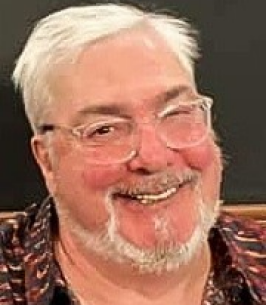 Immigrating to the United States in the 1970s, Alan’s innate creative ability progressed into a decades-long, award-winning career in advertising that took him all over the United States to work with some of the largest brands in the industry. He would eventually settle in Como, Mississippi, his beloved home.

Alan never came across a stranger he couldn’t win over with his brilliant wit and unmatched sense of humor. His fervor for life, adventure and a good time spanned the globe, touching countless individuals, whose lives have all been immeasurably enriched by his friendship. Alan’s talent for making friends is surpassed only by his natural ability to make all of those friends feel incredibly special.

He is survived by his only daughter, Bonnie Goodson, his former spouse, Mary Goodson, and his entire second family of Como. Alan is preceded in death by his loving parents, Herbert and Lou.

Ray-Nowell Funeral home is honored to be entrusted with the arrangements.