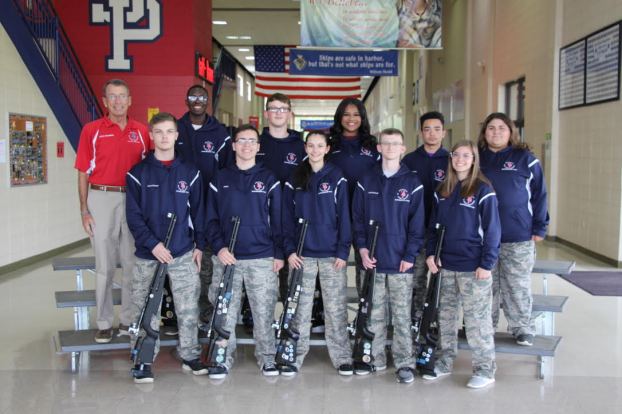 The South Panola Air Force Junior ROTC team won the Mississippi High School Rifle Championship for 2021. This is the team’s third straight State Championship.
Throughout the year the team remained focused and worked through the challenges of the COVID-19 lockdown and safety protocols.
Marksmanship was able to train and compete in a very safe environment. The team also won the Mississippi Junior Olympic Championship and the Civilian Marksmanship State Championship along with many other matches during the year.
“The team was actually able to start practicing in July of last year and resumed a full practice schedule when school started. I am proud of the way all of the team worked through the challenges that faced them in this very difficult year,” said Col. Robert Mims, the team’s coach.