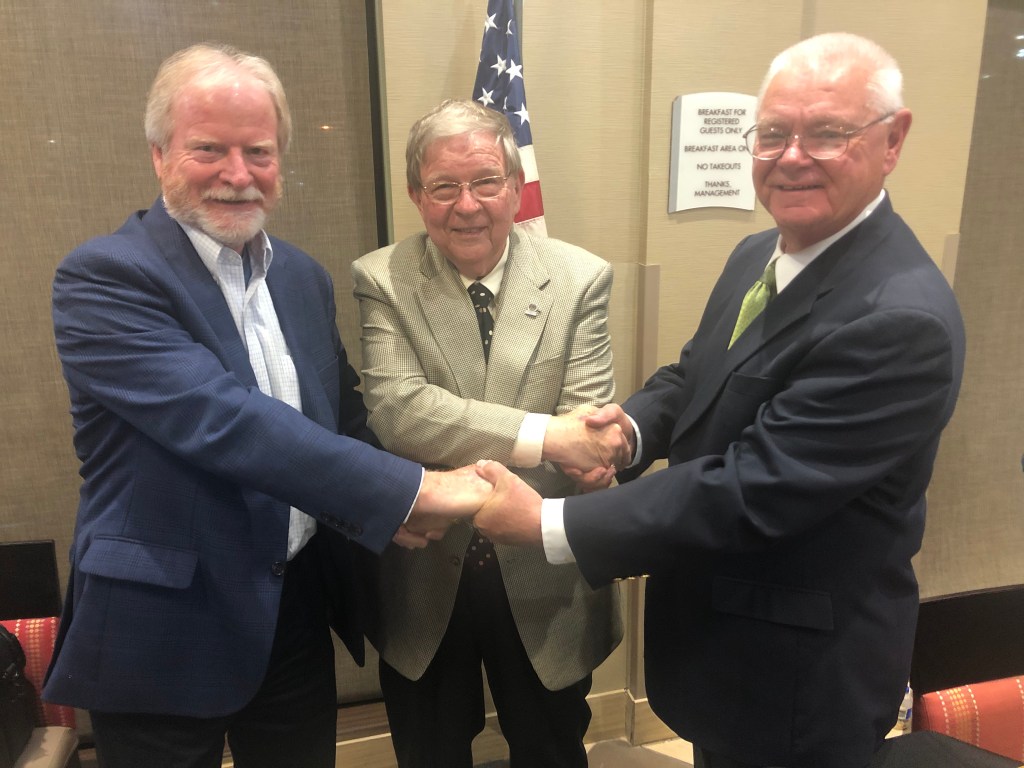 City of Batesville mayoral candidates (from left) Eddie Nabors, Mayor Jerry Autrey, and Hal Ferrell shake hands following the candidates forum hosted by The Panolian last Thursday, May 20, at Comfort Suites. Candidates for mayor and aldermen have less than two weeks to secure votes before the Tuesday, June 8, general election. At the forum, a good crowd of voters listened to the ideas and goals of the three candidates vying for mayor, and several of those seeking aldermen seats. Incumbent Bill Duggar and aldermen hopefuls Billy Prince and Walt Karr were the other participants. The June 8 election is “winner take all” as there will be no runoff. This leaves the distinct possibility the next mayor of Batesville will be sworn into office having not received a plurality of the ballots cast.

Extra trooper presence on I-55 this weekend