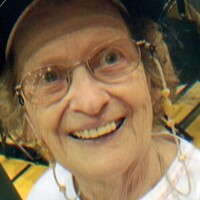 Graveside services will be held at 11 a.m. on Thursday, March 27,  at Forrest Memorial Park. The family will receive friends beginning at 10 a.m. prior to the service at Wells Funeral Home.

Mary Ann was born on December 11, 1933 in Sledge. She was a homemaker during her lifetime and a member of the First United Methodist Church of Batesville where she was a member of the UMW Explorers Bible Study.

Mary Ann enjoyed traveling with her family, quilting, and word games. Mary Ann won numerous awards over the years with her seamstress skills. She was also a member of the Cattlemen’s Association and the former owner of Personal Touch in Batesville. Mary Ann had a special love for grandchildren, whom will all miss her dearly.

She is preceded in death by, and her husband, Harold Rowsey “Mac” McCurdy; her mother, Frances Mildred Varner; two brothers and one sister.

In lieu of flowers, the family ask that memorial contributions be made to the American Diabetes Association, the Shriner’s Hospital for Children, or the Harold McCurdy Scholarship in care of Panola County Cattlemen’s Association.