Not all birds of prey are what they seem 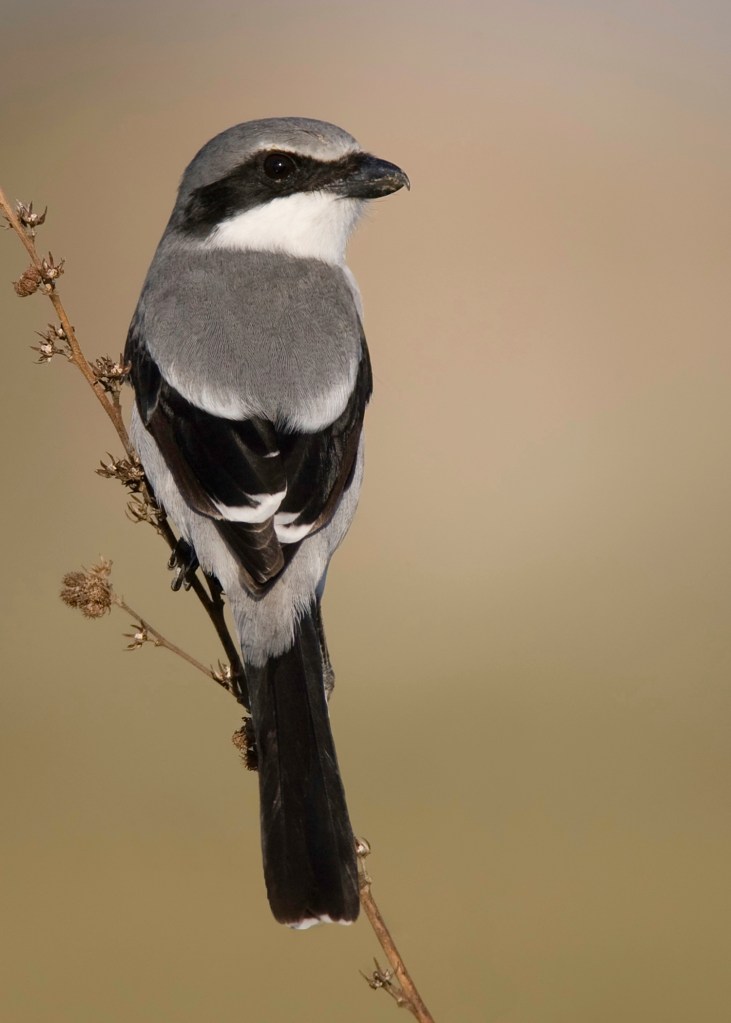 Cutline: While all raptors are birds of prey, not all birds of prey are raptors. One example is the Loggerhead Shrike, known to many birdwatchers by its nickname “butcher bird.” (Photo by Robert Blanchard - Getty Images/iStockphoto) Alt text: A bird with black and gray feathers perches on a stem.

The terms “bird of prey” or “predatory bird” are most often used to describe birds that hunt and kill their prey — a species also known as raptors. But while all raptors are birds of prey, not all birds of prey are raptors.

Raptors are a diverse group of relatively large birds belonging to several different families. The defining characteristic for them all is sharp talons used to grasp and manipulate prey. They share other characteristics including hooked beaks and forward-facing eyes for enhanced depth perception. Some of the more well-known, recognizable raptors are eagles, hawks, owls and falcons.

Outside of biologist and hardcore “birder” circles, one of the least known non-raptor birds of prey is the Loggerhead Shrike. The Loggerhead Shrike is a passerine (perching) bird and one of many songbird species in Mississippi and much of the Southeast.
A predatory songbird…kind of odd, huh? Wait until you learn its nickname.

Loggerhead Shrikes are compact and somewhere between a Northern Cardinal and American Robin in size. They have a larger head and a thick black bill with a hook. A white throat patch blends into light-gray breast feathers, and the back and head are bluish gray. They have a black mask, black wings with a distinctive white patch, and black tail feathers.

These birds prefer semi-open areas with perching spots, such as power lines, fences, fence posts, shrubs, trees and even tall weed stems. They mostly prey upon large insects but sometimes will take mice, shrews and small birds, as well as small snakes, frogs and lizards.

Because they are songbirds and not raptors, Loggerhead Shrikes do not have talons to hold onto their prey. To solve this problem, they will sometimes impale prey on thorns or barbed wire. This behavior is what earned them the nickname “butcher bird.”

Loggerhead Shrike populations have been steadily declining in the eastern U.S. over the last 10 to 20 years. As is often the case with unique species, one of the main reasons is habitat loss resulting from land use changes. Pesticide use also is suspected of contributing to their decline because these chemicals remove or greatly reduce an important shrike food source.

I can count on one hand the number of Loggerhead Shrikes I’ve seen in the last 15 years. Maybe I’m not looking hard enough or have yet to be at the right place at the right time, but I often saw them while living in southeast Georgia.

One practice that landowners can implement to help shrikes is to allow shrub growth along their fencerows. A brushy fencerow with a few trees at well-spaced intervals provides good nesting habitat for shrikes. It also will provide perches and observation posts where the birds can look for prey.

While Loggerhead Shrikes are in decline, it is not game over yet.  There are still a few around, and I hope this article will help generate new interest and curiosity about them. Stopping the decline of this unique and interesting bird is worthwhile, if for no other reason than so we can be able to say, “I just saw a butcher bird.”