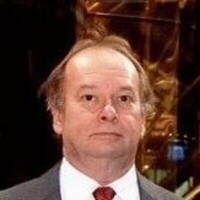 Funeral services for Jack will be held at 11  a.m.   Saturday, May 8,  at Marks Presbyterian Church. Visitation will begin one hour prior to the service. Interment will follow the service at Marks Cemetery. Rev. Laurie Jones and Rev. Seth Still will officiate.

Jack was born March 26, 1950, to Louie Nell Phillips and the late Jack Phillips in Grenada. Jack was a retired English professor with 23 years of teaching at Delta State University and was well-loved among his students.

He was a member of Marks Presbyterian Church where he sang in the choir. Jack was a phenomenal guitarist who played in several bands over 50+ years including The Dirt Merchants, Chance, Basic Boys, and The Remnants.

In addition to his father, Jack was preceded in death by one son; Jack Franklin “Jackson” Phillips, Jr.