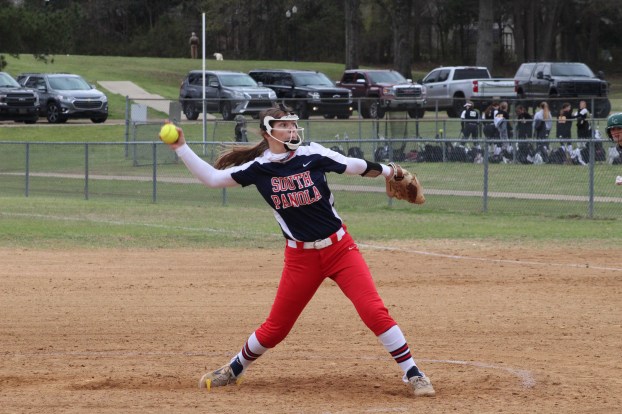 Rebekah Cook has been a consistent winner for the South Panola Lady Tigers on the mound this season. (Glennie Pou)

The South Panola Lady Tiger softball team ran their unbeaten streak to eight games in a row with a 6-3 win over Lewisburg at home Tuesday, April 20.

South Panola (17-6-2) has now won seven games in a row with one tie since losing to Grenada 2-1 on March 26.
The Lady Tigers will close out the regular season Thursday (April 22) at home against Houston with varsity first pitch slated for 6 p.m.
South Panola broke open a 1-1 deadlock with five runs in the sixth before Lewisburg added two runs in the seventh.
Rebekah Cook continued her outstanding pitching by going 6.1 innings to earn the win. Addison Hardy,Tyler Hamby, Haven Dulin and Gracey Harbour all drove in runs for the Tigers.
Harbour led the way with a double and two singles while Dulin added a pair of singles and scored a run. Avery Seay, Bailey Russell, Hamby and Bailey Ware all collected singles in the victory.
You Might Like