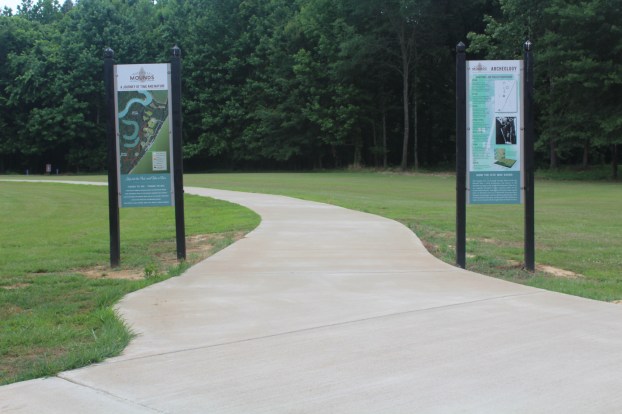 Batesville Mounds getting upgrades this year 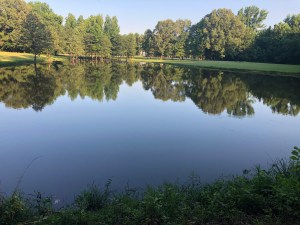 Batesville aldermen are moving ahead with plans to construct split-rail, frontier style fences around each of the Indian burial mounds at the Batesville Mounds park on Hwy. 35N, and begin construction on more walking trails.

Part of the city’s agreement with the Mississippi Department of Archives and History is to preserve the burial sites on the 25 acre park, and aldermen have been concerned to learn that children have been seen playing on the mounds, perhaps not understanding that some consider them sacred ground.

New railing with signage would curb the problem, Karr said.

Seven mounds were originally recorded at the Batesville site. Of these, two remain relatively intact and two others are much reduced but still visible. The others have been completely destroyed since the site was first recorded in 1926.

McCarter Mound, located a quarter mile to the north, may also have been part of the Batesville site as an intervening village area has been documented. The McCarter Mound was destroyed in 1968. Of the remaining mounds, Mound B is a rectangular platform mound nine feet high. Mound C is conical and stands 20 feet high. Mounds A (the northernmost) and D (the southernmost) are visible as slight rises on the landscape.

Professional archaeologists have conducted excavations in Mound B and the village areas associated with the mounds. Pottery and other artifacts suggest that Native American people built the mounds during the Early to Middle Woodland Period (ca. AD 1-400). A set of copper-covered panpipes recovered from the McCarter Mound are on display in the museum at Winterville Mounds State Park.

Also part of the Batesville Mounds upgrade will be the construction of a concrete walking trail six feet wide, winding through the wooded area of the park about a half-mile to the Tallahatchie River and back to the mounds area to connect with the existing walking trail.

The South Panola Lady Tigers wrapped up the Region 3-6A softball championship with a 15-0 blanking of Starkville in four... read more