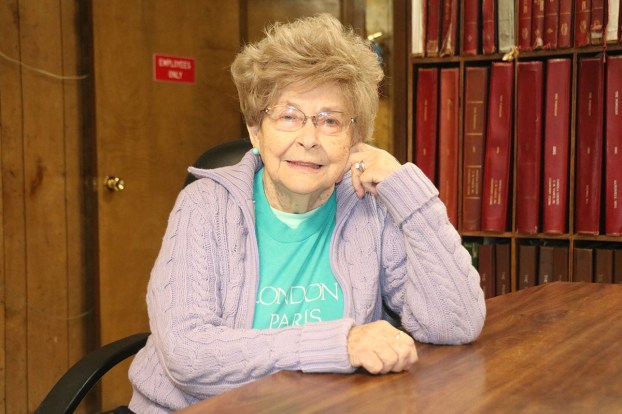 The truck quit on the way to the honky-tonk

Thank y’all for texting me that you missed by column last week. It makes me get busy doing another.

I was on assignment last week covering the impact that the honeybee has on our economy. This article will appear in the next issue of Batesville & Beyond magazine.

During the assignment I was stung only once, but the photographer from Oxford was stung four times. Joey Brent is a professional that the newspaper gets to help with the magazines. He has Batesville connections, too, because his son-in-law is Mr. Jeff Eubanks who does so much for the South Panola School District.

Our getting stung lets you know that we will do anything for a good story. The magazine that’s about to come out will have all the beautiful brides plus the honeybee story with some great photographers from Mr. Brent.

Dolly Parton’s “Coat of Many Colors” starts off with “Back through the years I go wanderin’ once again…” I did just that several weeks ago and would like to share this memory with you, as I have pondered it for many years.

When George Thomas and I married in 1962 I had only played the piano and organ at community events, open houses, weddings, funerals, and in every denomination of churches that allowed music in their sanctuary, both black and white.

We never set foot in the door of a place that might have a questionable reputation.

One day we were visiting my mother’s brother Damascus (Mack) Buchanan, who lived in the Coon Town community north of Oxford.

Uncle Mack was telling us about this group he was getting together with singing and dancing, and no doubt some drinking (under the table.)

That sure sounded good to me, just married and needing so many things to set up housekeeping. We made arrangements to go back on a Saturday night.

When the day camne, George loaded up my little spinet organ and secured it. We lived on Traywick Hill halfway between Batesville and Oxford and we left in time to get there and set up.

We had a new 1962 Chevrolet pickup and we headed down the quarter-mile driveway to Hwy. 6, and east to Oxford.

We had only gone a few feet when the new pickup stopped in the middle of the highway. There was no spewing or sputtering to make the truck quit. It was though a giant hand came over the entire truck and refused to let it move.

After several attempts to get it started failed, George decided to walk back up the steep driveway and come back in the car with some tools.

I had worn high heeled shoes and it was impossible for me to walk up the steep gravel drive.

Remember this was 1962 and it was safe back then for me to stay in the truck and wait, but I was still terrified.  I wasn’t afraid someone might harm me, but just of the dark itself.

George couldn’t get the pickup started, so we left the organ strapped down on the truck and went back home.

My friends had all kinds of answers about why the truck quit. One was that George didn’t really want me to go and had faked the truck problem.

My new husband wouldn’t have loaded up that organ and then walked up and down that steep driveway leaving me alone in the dark. He was a man of few words but always got his point across. If we didn’t want me to do it, he would have said so.

Another answer was something I’ve thought about many years. Maybe it was divine intervention.

No doubt, had I started playing in that place I would have become accustomed to $100 bills. I might have begun to neglect my Christian music and service through song if I had gone the nightclub route.

It’s something that’s been on my mind for many years as I continued to play Christian music.

Ponder this from Roger Miller, American singer-songwriter and actor widely known for his honky-tonk novelty songs, including his most famous, “King of the Road”:

You can’t rollerskate in a buffalo herd,

You can’t rollerskate in a buffalo herd.

But you can be happy if you got a mind to do it.

All you gotta do is put your mind to it.

A story of heavy biscuits and old books

By Jim Burns Guest Columnist I knocked on the door, holding a bouquet of bright yellow flowers for the minister’s... read more