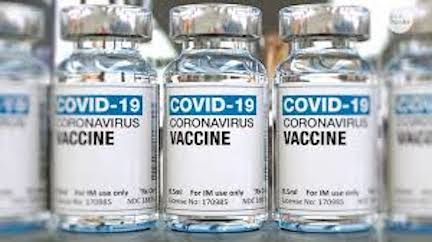 Weekly results of positive tests for Covid-19, hospitalizations for the disease, and complications from coronavirus have slowed to a crawl in Panola County since the virus made its way into the area a year ago, but this week’s recording of the county’s 101st death is a grim reminder the path to a completely healed and safe community is not yet clear.

The Mississippi State Department of Health data listed on the agency’s website indicates that just six new cases of Covid-19 were reported to the state from March 15-22.

Unfortunately, two more deaths were also recorded in the past seven days, putting Panola County past the 100 fatalities mark since a Crenshaw man died last March, the first citizen of the county to succumb to the virus that originated in Wuhan, China, before circling the globe and reaching almost all parts of the world’s population.

Panola officials struggled early to find a balance between reasonable restrictions of movement and gatherings in the county, and ways to keep the local economy moving forward, even if it meant at a slower pace.

Many restaurants, financial institutions, and other businesses in the county were hit hard by the initial shutdowns, but federal loans for paycheck protection and other programs helped many survive the severe downturn.

Batesville aldermen and county supervisors met several times a week for months as the coronavirus’ reach locally surged, then waned, only to surge again in late fall. Since then, the county’s Covid numbers have continued to drop, just as the whole State of Mississippi has.

Vaccinations have no doubt played a major role in the systematic decline in Covid-related issues in the county, but so has safety precautions including limiting, for a time, the number of people allowed to occupy retail establishments and other social gatherings.

The City of Batesville, Panola County government, and both school districts have received millions of dollars to combat the national crisis, and are on tap to take in millions more following the passage of last week’s relief package sponsored by the Biden Administration.

Additionally, and probably because local officials didn’t overstep the Governor’s safety recommendations, the City of Batesville has reaped hundreds of thousands in extra sales tax revenue in the past 12 months.

Twice in recent months, Batesville has received monthly checks of more than $500,000 for its share of sales tax collections from the state. Stricter social engagement rules, and a more lenient attitude toward restaurants and other businesses, was partly responsible for the increase in local sales.

For a time, citizens in DeSoto, Tate, Lafayette, and Coahoma counties were all unable to shop freely for groceries and sundry other items in their own hometowns because of oppressive ordinances passed by their cities’ leaders. This resulted in a great influx of outside-the-county dollars pouring into Batesville as the region’s population found more reasonable guidelines for local stores, and brought their shopping dollars here.

As of Tuesday morning, some 10,631 vaccinations have been administered in Panola County, although many of those were shots given to residents of other counties and states. Because the national vaccination effort is an undertaking of the Federal Government, people are not limited to receiving shots in their county or state.

Citizens can make appointments at any location that allows them to be vaccinated.