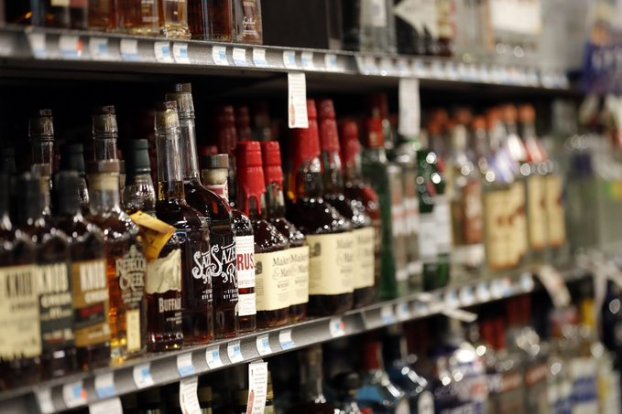 Mississippians are drinking at a record pace during the pandemic

The COVID-19 pandemic has driven Mississippians to drink.

“When COVID hit, apparently everybody started buying toilet paper, liquor, fitness equipment and they started renovating their homes,” said Chris Graham, commissioner of the Department of Revenue. “Just overnight, our numbers (liquor sales) went through the roof. In March our numbers went way up and continued through December.”

Such is the dichotomy that is Mississippi: the heart of the conservative Bible Belt, where liquor was not made legal until 1966 and where until this day four counties remain dry for liquor and beer sales. Heck, in some counties before the law was changed in 2020, it was illegal to even possess liquor.

Former Gov. William Winter, who passed away recently, used to tell stories of collecting a liquor tax for the state in the 1950s during his tenure as tax collector even though the entire state was dry.

For much of the time since the pandemic hit in full force in March, socially conservative Mississippi has led the nation in terms of growth of liquor sales, Graham recently told a legislative committee.

The Alcohol Beverage Control, which is a division of the state Department of Revenue, regulates liquor sales in the state and also is the supplier of liquor and wine to the state’s 1,600 restaurants and catering services and more than 600 liquor stores. Graham said in a normal year, ABC delivers about 3.5 million cases of liquor and wine, but delivered about 4 million during 2020.

In fairness to Mississippians, though, they are not just sitting around drinking. Graham pointed out, based on his personal observations, that the sales of toilet tissue, exercise equipment and home building supplies also were up.

When the pandemic hit and many businesses were impacted by a slowdown, the fear was that revenue collections would take a dramatic nosedive, forcing a reduction in vital state services in such areas as education, health care and law enforcement. But that revenue nosedive did not occur.

Former State Economist Darrin Webb, who retired last year, earlier said that collections were buoyed in part by the extra $600 per week in unemployment benefits and stimulus payments provided by federal legislation. In a poor state like Mississippi, with a large segment of its populace working in low paying jobs, the federal funds were a major boost.

In addition, Mississippi — to the dismay of many — has the highest state-imposed sales tax on food. With people staying home more, they most likely were purchasing more food helping to increase sales tax revenues.

And apparently if Mississippians were eating at home, they wanted some liquor or wine to go with their meals.

The result is that instead of legislators having to cut budgets as was feared this past summer, they now are making plans to provide a $1,000 per year pay raise to teachers, costing about $51 million annually.

The rosy state revenue report belies the fact that many Mississippians are hurting economically, especially since the federal stimulus funds have been cut or are beginning to be exhausted. Some believe the situation will get much worse not only for Mississippians but for state revenue collections if additional federal stimulus is not provided in the coming weeks. And, of course, if revenue collections decline that could lead to a cut in those vital services.

But based on what has happened thus far, legislators are hopeful they are not facing the specter of those budget cuts and are even planning a major investment in education in terms of teacher pay.

After all, many sources of state revenue collections — liquor and others — are on the rise. And many believe with the Legislature in session, at least the sale of liquor will continue to rise.