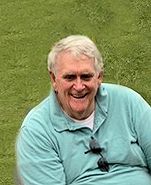 He was born on Jan. 1, 1940, in Water Valley, to the late James Sidney Wilson and Rachel Miller Wilson. He graduated from Jefferson Davis High School in Water Valley in 1957.

After graduating, he joined the Air Force and spent four years stationed in Japan. After serving his country, he attended the University of Mississippi, receiving a Bachelor of Science in Secondary Education in 1965.

He married Sandra Mathis in 1964, and they resided along the Gulf Coast and in Ohio before settling in Batesville.

He taught Advanced Placement Biology, Chemistry and Physics at South Panola High School in Batesville for much of his career. He was a challenging and caring educator who was well respected by his students. He enjoyed animals, gardening and model ship building.

He returned briefly to Water Valley, in 2009 before moving to West Tennessee in 2015 to be near his daughter.

He was preceded in death by his parents and a sister, Jean Kroll. Mr. Wilson was an avid sailor during his time in Ohio, and he loved Lake Erie. The family will hold a private lake-side memorial at a later date.

Shackelford Funeral Directors of Henderson had charge of arrangements.