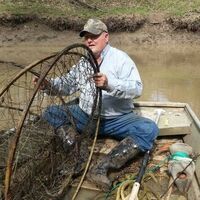 There will be a graveside service held at 11  a.m. for Andy on Friday, Jan. 1, at Looxahoma Cemetery in Senatobia. Rev. Tim Smith will officiate. Those honored to serve as pallbearers will be Reggie Herron, Roger Cummins, Mike Burk, George Goreman, Windell Barber, II, Jason Burk, and Windell Barber.

Andy was born August 2, 1944, to the late Archie L. Smith and Leona Bowen Smith in Butler, MO. Andy proudly served his country in the U.S. Army. He worked as a sawmiller and logger during his lifetime. Andy attended Hollywood Baptist Church. In his spare time he enjoyed spending time in the outdoors hunting and fishing.

In addition to his parents, Andy was preceded in death by his wife, Lela V. Smith, one son, Daniel Smith, and one grandson, James Daniel Smith.