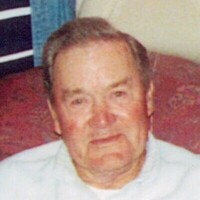 Edward Spraybery passed away Wednesday, Dec. 16, 2020, at his home in Batesville.

Funeral services for Edward were held Friday, Dec. 18, in the Martin Willingham Memorial Chapel of Wells Funeral Home with visitation beginning one hour prior to the service. Interment was held at Bradford Chapel Cemetery in Cadaretta, with Rev. David Hodges officiating.

Edward was born Nov. 21, 1929, to the late Leo Washington Sprabery and Inez Pittman Sprabery in Grenada.

Edward worked as a security guard for Hollywood Casino in Tunica. Edward proudly served his country in the U.S. Army. He was a member of New Hope Church of God in Batesville. Edward was a jack of all trades. He was a painter and carpenter. He loved to ride motorcycles and had several during his lifetime. He enjoyed fishing and spending time with his grandchildren.

In addition to his parents, Edward was preceded in death by his wife, Ruby Lee Sprabery and 3 sisters, Mary Crose, Carol Jean Lott, and Juanilla Hodges.