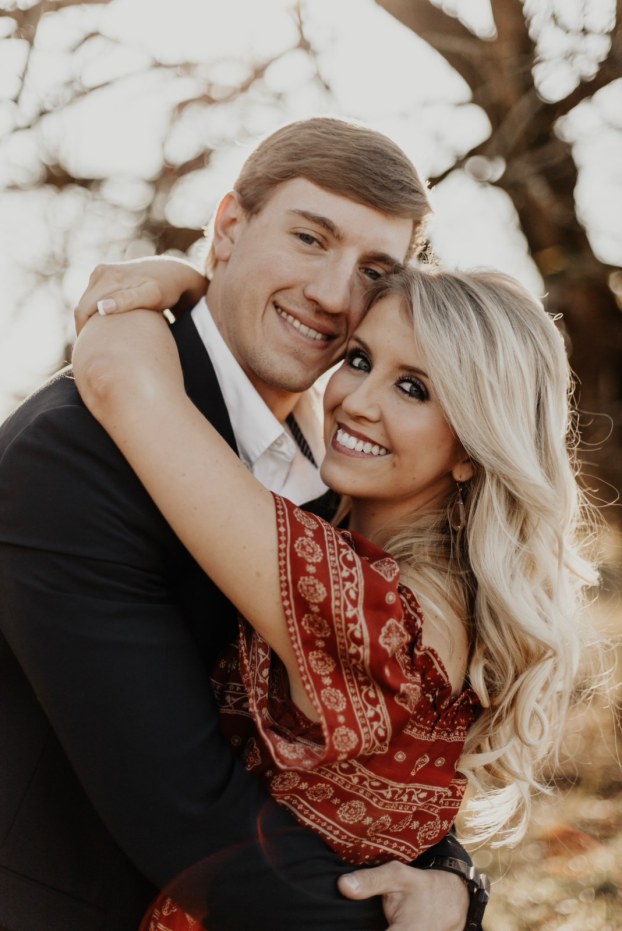 Miss Charla Shea Darby and Mr. Colby Terrell will be united in marriage on Saturday, Dec. 19, at 5 p.m. at Willow Springs Assembly of God in Enid. Rev. Tommy Darby will officiate.

The bride-to-be is the daughter of Charley and Lisa Darby of Enid. The groom-elect is the son of Kay Terrell and Greg Terrell.

She graduated from North Delta School in 2013 and from the University of Mississippi in 2017 with a degree in mathematics. She is currently attending Southern College of Optometry to become an optometrist.

Mr. Terrell is the grandson of Mr. and Mrs. Montgomery Young Terrell and the late Mr. and Mrs. Charles Franklin McGraw.

He graduated from Lafayette High School in 2013 and from Northwest Mississippi Community College in 2015 with a degree in criminal justice. He is a narcotics agent with Metro Narcotics.

Family and friends are cordially invited to attend the wedding ceremony.