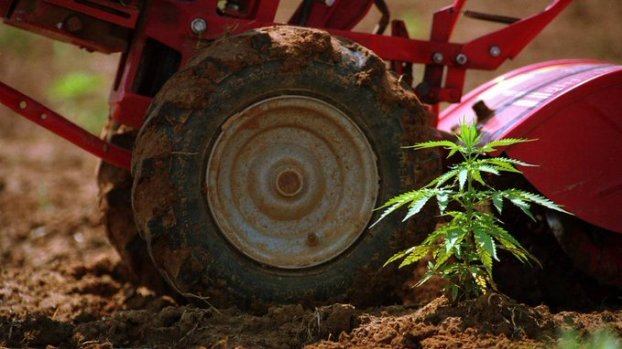 Who will be allowed to make money off medical marijuana in Mississippi?

Big Ganja may not have arrived in Mississippi yet, but Cloud 9 Cannabis, Kudzu Kush and Delta Dank are already here.

Those are just a few of at least 29 new cannabis-related business names registered with the Secretary of State’s office since Initiative 65 passed overwhelmingly on Election Day.

The constitutional amendment requires the State Department of Health, which opposed the initiative, to set up the medical marijuana program and have it issuing licenses by August 2021.

Hopeful Mississippi entrepreneurs are being joined by deep-pocketed multi-state operators, consultants, and investors all over the country who are carefully watching the state for potential opportunities.

Gold Rush Premium Extracts, an Oklahoma company, is already lining up partners and investors for their planned Mississippi brand, Mockingbird Cannabis. Chief Legal Officer Charles Wilkin said three localities in the state have already reached out to say they want to host the business. He declined to say where they are.

Attorneys in the region have been busy fielding calls from clients seeking an edge in this potential new industry.

“We’re getting inquiries left and right from people inside and outside of Mississippi, small and multi-state operators, who are wondering what the landscape is going to look like,” said Whitt Steineker, co-chair of the Cannabis Industry team at Bradley Arant Boult Cummings LLP in Mississippi and Alabama.

But now, everyone is in for a wait. Matt Cook, the architect of Colorado’s medical marijuana regulations, said he would be “amazed” if the state health department meets the deadlines Initiative 65 sets to get the program off the ground.

And even if it does, thanks to the growing cycle of marijuana plants, Mississippi patients probably won’t be able to buy cannabis in the state until January 2022 at the earliest.

There’s even more uncertainty about what the program will actually look like when it finally launches. Initiative 65 spanned five pages and includes a number of requirements that will provide the framework for future regulations. Just part of the regulations for Arkansas’s medical marijuana program fill 58 pages.

The choices the health department makes over the next eight months will determine whether Mississippians, especially low-income people and people who have been harmed by strict drug laws, are able to launch businesses and access opportunities in the new industry, in which some Americans are making millions off cannabis while others serve life sentences for possession of the same drug.

Will state regulators take the Arkansas approach, where cultivator licenses are available only to those who can prove they have $500,000 in liquid assets? Or will they take a route more like Oklahoma’s, which requires applicants to simply show proof of state residence and pay a $2,500 licensing fee?

“Those are both two ways they could go and there may be more of a hybrid in the middle,” said Conner Reeves, an attorney at McLaughlin, PC in Jackson and policy advisor to the Medical Marijuana 2020 Campaign. “But I think the spirit of 65 and the way it’s written is more on the latter.”

Kizmet Cleveland of Leflore County is one of the Mississippians waiting to find out which way the health department will go. She has a CBD oil business and her daughter cooks with CBD. Cleveland thinks her father, a Vietnam War veteran who deals with chronic pain, could benefit from medical marijuana.

She’s also interested in trying to start a cannabis business, but it’s too early to say if she’ll be able to.

“It’s just going to be interesting to see how it unfolds and what regulations they bring to it,” she said. “Who could benefit from this, and who could lose out on it?”

WITH LAWSUIT PENDING, OPPONENTS SAY IT’S ‘NOT OVER’

It’s still technically possible that Initiative 65 never gets implemented. The state Supreme Court is hearing a lawsuit claiming the initiative shouldn’t have qualified for the ballot on a technicality, and set a deadline of Jan. 7 for the final written arguments.

At least one member of Mississippi’s Board of Health — whose members are appointed by the governor and will have to approve all medical marijuana regulations — is hoping the lawsuit will keep Big Ganja, or really any ganja, far, far away from the Magnolia State.

“This is not over,” said Ed Langton, a Hattiesburg businessman. “It’s going to be into January before there’s any resolution here as to whether the initiative passes or not.”

Langton traveled the state to campaign against Initiative 65 over the summer. At a press conference in Pascagoula in July, he argued that the initiative would overburden law enforcement and allow “parents who smoke dope” to obtain cannabis for their children.

He stands by those criticisms, and he doesn’t think the 74% of Mississippians who voted for Initiative 65 had a clear understanding of what it would do.

“The people of Mississippi did not see the entire initiative,” he said. “They were not informed. They had 19 words that sounded like mom and apple pie.”

Wilkin, of Mockingbird Cannabis, said he wasn’t concerned about the court fight. He also doesn’t think resistance to Initiative 65 within MSDH will yield highly restrictive regulations.

“I’m confident that the courts won’t allow the will of the people to be overturned by a guy at the health department,” he said.

One of Mockingbird’s new partners in Mississippi is the Killebrew Cotton Company, based in Leflore County. Co-owner Keath Killebrew said the company is planning to cultivate about 40 acres of cannabis plants outdoors, plus an indoor facility. He estimated the cultivation side of the business would provide 40 to 60 jobs.

Killebrew said that originally, the company had been considering getting into the cannabis business elsewhere in the country.

“We thought we were going to have to go to Oklahoma to do this, but then it came to us,” he said.

The health department says it is working on starting up the program to meet the deadlines in Initiative 65.

Communications director Liz Sharlot said she could not yet answer questions about whether the department was waiting for the conclusion of the court case to begin work in earnest and who would be charged with writing the regulations.

“When we have more information it will be released to all media via a press conference,” Sharlot said. “I don’t anticipate that very soon.”

HOW WILL MISSISSIPPI DECIDE MARIJUANA REGULATIONS?

As Mississippi sets up its program, the experiences of other states show how things could play out. If Mississippi follows the path of other states, regulators will likely seek guidance and advice from colleagues around the country.

Tabitha Irvin, director of Louisiana’s medical marijuana program, said her state set up a committee including an attorney, an auditor and a member of law enforcement. They researched the rules in other states and visited Colorado and Illinois. Irvin said she’d advise her counterparts in Mississippi to do the same.

“Because people, the regulatory people in this type of program are very, very helpful,” she said.

(Louisiana’s program is very different from the one sketched out in Initiative 65. For starters, the number of licenses is capped at 10, and the medical marijuana agency isn’t automatically funded by revenues from the program.)

Beyond the big-picture questions of licensing requirements, the regulations will have to address a dizzying array of details, covering every step of the cannabis plant’s path from seed to patient.

Oklahoma’s 94 pages of regulations specify that a truck used to transport medical marijuana must be equipped with a GPS tracker, which can’t be on a cellphone.

Nevada’s rules prohibit any product that “bears the likeness or contains characteristics of a real or fictional person, animal or fruit.” “Caricatures, cartoons and artistic renderings” are all off limits.

“The approach there is very much a highly regulated program with free-market concepts and cheaper barriers to entry for Mississippians that want to participate in the market,” he said.

Some state and local cannabis programs include provisions designed to ensure racial minorities and low-income people have access to opportunities in the industry.

Advocates say that achieving racial equity in the industry is critical because Black and Latino Americans have been disproportionately harmed by the war on drugs, including the criminalization of marijuana. Nationally, Black Americans are about four times as likely as white Americans to be arrested for cannabis offenses.

Backers of Initiative 65 rarely talked about race, but plenty of Black Mississippi entrepreneurs like Kizmet Cleveland are interested in the industry.

How to write regulations to best ensure that people from communities most harmed by the war on drugs have access to opportunities is still not clear, said Shanita Penny, former president of the Minority Cannabis Business Association and founder of the cannabis consulting firm Budding Solutions.

In Los Angeles, a robust “social equity program” sought to give preference to applicants with previous cannabis convictions or who have long-term residency in an area disproportionately targeted for drug law enforcement. But the program has become mired in lawsuits, and some say big companies have taken advantage of “social equity” partners, Penny pointed out.

Oklahoma, where the regulations include no explicit “social equity component” but stipulate affordable licensing fees and no property or liquid cash requirements, has actually had better outcomes for small, independent entrepreneurs, Penny said.

“[Oklahoma] just said hey, we’re legalizing medical marijuana, come all,” she said. “They made this thing accessible to any resident that qualifies, meets some appropriate minimum demonstration of capability. And if they don’t survive, it’s just like the restaurant that goes out of business, the hair salon.”

Penny said that local culture, from the attitudes of police neighbors, will also affect the viability of cannabis ventures in Mississippi.

In Pennsylvania, she said, applicants for medical marijuana licenses sometimes got pushback from local law enforcement when they went in to get fingerprinted for required background checks. Some sheriffs just turned people away altogether, she said.

“There was that whole challenge of, ‘I don’t believe in it,’” she said. I just know when you don’t have the buy-in from all the agencies, it’s problematic. It’s problematic for the average person. So once you start to say, this is a person who’s never started a business before, or someone trying to take advantage of the social equity component, it comes a different problem.”

Some county officials are already trying to figure out how to nip the marijuana industry in the bud. Initiative 65 prevents localities from imposing zoning requirements any stricter than those for pharmacies, but the Panola County Board of Supervisors is still planning to try to limit “pot shops” to specific areas.

But that culture of skepticism towards marijuana may end up benefiting entrepreneurs with deep ties to their communities. It could mean that Mississippians will find it easier to succeed in the industry than out-of-staters who don’t understand the state, said Derek Porter, a cannabis investor and consultant based in Denver.

“It’s going to have to have a cultural niche,” Porter said of a hypothetical successful Mississippi pot startup. “Whether it’s, and I’m just using my imagination here, something to the tune of — where it relates to the uniqueness of the food in Mississippi, or some kind of a kooky fun brand that somehow ties into the culture, perhaps even the religious beliefs of Mississippi. You could market anything any which way.”

The concept of religion-based marketing may already be catching on: One of the business names registered after the election was “Christian Hemp Growers of Mississippi.”