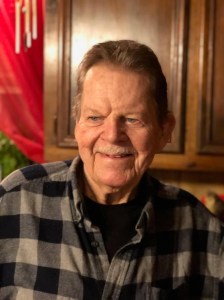 Don served in the Air Force then began his career as a Fire Fighter where he reached Lieutenant and became an inspector in Clarksville, TN. He had lived in Mississippi since 1980.

He was a Christian Man with a strong love for his family.

He was survived by his four daughters, Carolyn Gassen of Sardis,  Connie Roskom of Green Bay and Cindy Straebel of Green Bay, and Donna Bratcher of Oxford; and his brother, Edward Conine and wife Pam of Spokane, WA.

Services will be held privately with family. In lieu of flowers please send your love to the Eagle Rescue Sanctuary as Don had a love for Eagles.