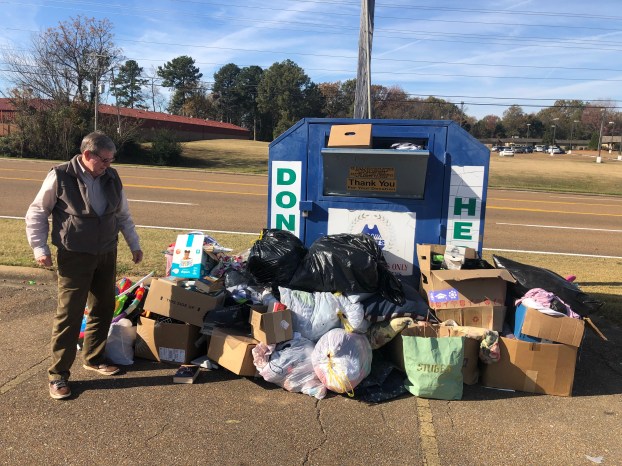 Mayor Jerry Autrey among several to complain about the condition of the AMVETS collection box in the Kroger parking lot.

Some Batesville residents have been complaining for months about the condition of a collection box in the city, saying it has become an eyesore and is failing to benefit the people it purports to help.

The metal bin is owned by AMVETS and is located in the Kroger parking lot, nearest to the Keating Rd. entrance. The box is intended for a drop off place for those wishing to donated clothing and shoes to the organization. AMVETS operates a large thrift store in Memphis, presumably the destination for donations made in Batesville.

Panolian readers have reported calling the number posted on the outside of the bin to alert the owners the box is often full and lots of donations are left to sit in the rain. With the bin full and the open/close chute not secure rain often soaks the items left for veterans. Citizens say when signs indicate that donations will go toward programs and assistance for veterans, individually and as a group, they  are upset to see the items piled around the bin.

Batesville Mayor Jerry Autrey has also heard complaints about the condition of the box and stopped Wednesday of this week to document the condition before contacting representatives of the organization.

Autrey said the City of Batesville spends considerable amounts of money in an effort to keep the streets and public areas clean and free of debris. “We wouldn’t let a homeowner have this mess sit out for the public to see and we aren’t going to let this continue here,” he said.

The mayor said the proximity to both Hwy. 6 and I-55 means “lots of eyes” see the area daily, especially when there are extra travelers on the roads during weekends and holidays. “This kind of thing looks bad on the city and reflects on us in a bad way, plus the fact that people who make these donations from our community intend for them to be used to help veterans and not sit out here in the rain.

Readers have reported that drivers picking up the contents have said that wet clothing and other donations are usually thrown in the garbage. Too few drivers making collections are reported to be the root of the problem, and calls by citizens to the Memphis location have not gotten positive results.

Calls to the number posted on the side of the bin this week have also not been returned. Autrey said he intends to bring the matter to the attention of the full board of aldermen if not resolved soon.

According to its Wikipedia entry, AMVETS, which is also known as American Veterans, is one of America’s leading veterans service organizations for more than 75 years with a proud history of assisting veterans and sponsoring numerous programs that serve our country and its citizens.

With more than 250,000 members, AMVETS exists to enhance the quality of life for all veterans, their families and survivors. Membership in AMVETS is open to anyone who honorably served or is currently serving in the U.S. Armed Forces, including the National Guard and Reserves.

AMVETS presents its annual Silver Helmet Awards to “recognize excellence and achievement in Americanism, defense, rehabilitation, congressional service and other fields.”[1] Sometimes called the “Veterans Oscar,” the award is shaped like a silver replica of a World War II helmet. 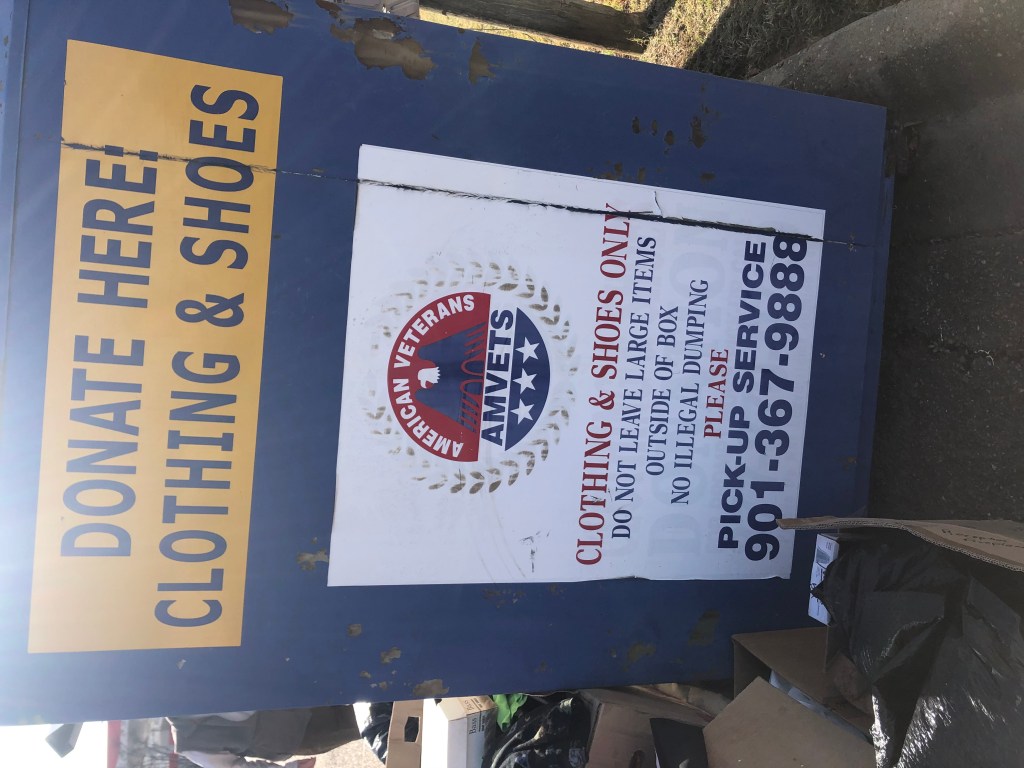 The 50th death attributed to Covid-19 has been recorded in Panola County, according to the daily updates posted on the... read more