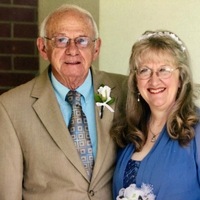 Otis was born on August 26, 1929 to the late Elgin Graves and Alice Ethel Galliher Johnson in Salem, VA. During his lifetime, he worked as a truck driver for 35 years, and then drove tour buses for 8 years with Trucking and Charter Tours.

He was a previous member of the First Baptist Church here in Batesville, where he served as a deacon and President of the Keenagers for many years. He began attending Wyatte Baptist Church in Senatobia when he moved in with his son and daughter-in-law. He loved his church and his church family. Otis was also very involved in the Cross Ministry with Dr. Ball here in Batesville.

Mother Christine Morris Franklin transitioned into a new life at Tupelo Medical Hospital on Nov. 6, 2020. She was a... read more