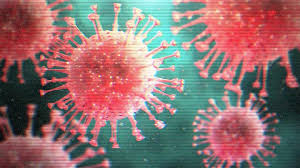 COVID-19 cases up here, around state

In Panola County in the past eight days 154 new cases of positive coronavirus were reported. The Mississippi State Department of Health also said three patients died from the disease, or had their earlier deaths ruled as caused by coronavirus, in the last seven days.

As of Tuesday afternoon, the state health department’s official records have Panola County with 2.024 cases and 46 deaths since March 11.

Mississippi’s case numbers are still rising, causing hospital bed shortages across the state. National newscasts focused on Mississippi last week with reports that no ICU beds were available in Jackson and very few in the state’s largest cities.

The state health department said Wednesday that Mississippi, with a population of about 3 million, has reported 137,396 cases and at least 3,601 deaths from COVID-19.

Of Mississippi’s 82 counties, 22 are now under his executive order.

“Let’s keep fighting COVID, let’s protect ourselves and protect our neighbors,” he said. “Let’s also keep praying. I believe if we work together, we can make a difference. We can slow the spread and bridge the gap between now and when this vaccine becomes readily available and protect the integrity of our healthcare system.”

Cases of coronavirus at South Panola schools for the week of Nov. 9-13 were slightly higher, mostly because a whole classroom had to be quarantined because of a potential exposure situation.

Officials in each of the school districts in the state are required to submit a report of quarantined and positive cases in their individuals school buildings to the MSDH. These reports are sent each Monday and reflect the COVID-19 activity for the week before.

Outbreaks in neighboring school districts have forced officials in several counties to revert much of their instruction to the distance learning options many used in the beginning of the pandemic.

Schools is Lafayette County, including the City of Oxford,  announced last week that a majority of their students would not be on campuses at least until after Thanksgiving break.

South Panola leaders implemented an aggressive cleaning regimen early, and put a plan in place designed to quickly identify all students and staff with potential exposure to a positive case, and then quarantine those in close proximity.

Local schools have reported positive cases and quarantines almost every week, but the numbers have been very low in comparison with  other districts.

The high school band was quarantined for two weeks last month, Pope School sent two classes home, and Batesville Elementary had a class quarantined. Other than those incidents, the cases and close-proximity situations have been well below the worst reporting  districts in the state.

Last week at Pope and Batesville schools,  two students and five staff members were identified as positive COVID-19 cases, 60 students were required to quarantine because of exposure, along with six staff personnel.

The Batesville Rotary Club’s 8th annual Gateway to the Delta 10 Miler and 5K Run was held over the weekend... read more