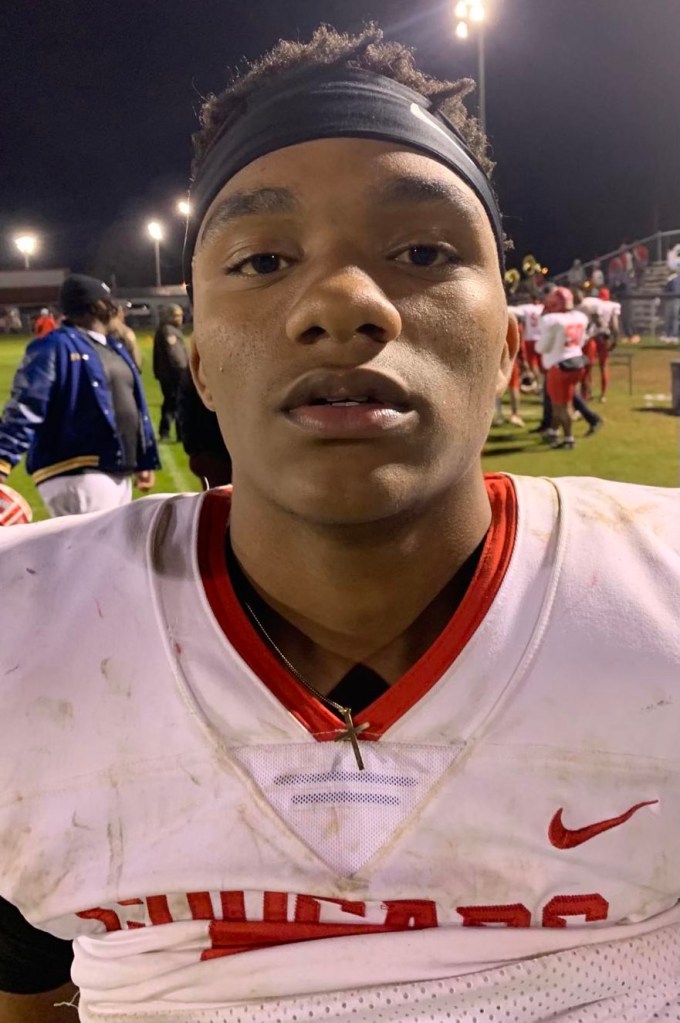 North Panola will host Noxubee County in third round Friday

If there is a quarterback hotter in the North 3A playoffs than North Panola’s QD Walls, please stand up.

After throwing for five touchdowns in the Cougars 45-12 first round win over Aberdeen last week, the sensational sophomore was at it again Friday night as he accounted for 360 all-purpose yards and six touchdowns as the red-hot Cougars hammered home standing Nettleton 41-21 in the second round of the 3A playoffs.

North Panola (8-1) hosts Noxubee County in the third round of the Class 3A state playoffs Friday night in a 7 p.m kickoff.

The Cougars put the game away early with three scores in a six-minute span to take a 20-0 first quarter lead. Walls threw scoring strikes of 78 yards to Carl Robinson on the second play of the game followed by a 42-yard touchdown completion to Steven Edwards and seven yards to Demarius Wright.

Walls showed off his running ability on scoring runs of 35 and five yards as the Cougars took a commanding 33-0 lead at intermission. North Panola rolled up 360 yards of total offense in the first half while holding Nettleton to a mere 37 yards.The Cougars finished with 511 total yards in the game.

Walls threw for 298 yards on 9-for-20 passing to go along with 62 yards rushing and two touchdowns. Alex Gross paced North Panola with 101 yards rushing on 16 carries. The final Cougar score came at the five minute mark of the fourth quarter as Nehemah Brown connected with Rod Taylor on a five-yard scoring pass.

When one of the state’s top offensive units takes on one of the best defenses, something will have to give. What surely will be one of the closely watched high school games in the state will take place Friday as the Cougars of North Panola host Noxubee County in the quarter final round of the Class 3A playoffs.

Kickoff is slated for 7 p.m. Tickets will be $8 and will only be sold at the main office until 6 p.m Friday.

Both teams breezed through the second round last week as Noxbubee defeated Booneville 32-8 while North Panola eased past Nettleton 41-21 on the road.

The Tigers of Noxubee County rolls into Cougar territory with a record of 8-1 with their only loss coming at the hands of West Point 31-15 in the third week of the season.

Since then the Tigers have reeled off six straight wins including shutouts of Hatley (60-0) and Choctaw County (29-0) along with a forfeit win over Aberdeen.

Noxubee County is avgering 31 points per game and has given up on average eight points per contest. Leading the Tiger charge on offense is senior quarterback Chrishard Rupert (5’9″-165) along with running back Bobby Shanklin (5’9″ -200).

Rupert has thrown for 1.235 yards and ten touchdowns with eight interceptions. Shanklin is the Tigers leading rusher with 711 yards and eight touchdowns.

The Tigers will have their hands full trying to corral a North Panola offense that generated 511 yards of offense at Nettleton last week. Limekin Walls, Steven Edwards, Demartius Wright and the ever dangerous Carl Robinson all can score from anywhere on the field.

North Panola is averaging 29 points per game while surrendering 15 points per outing.