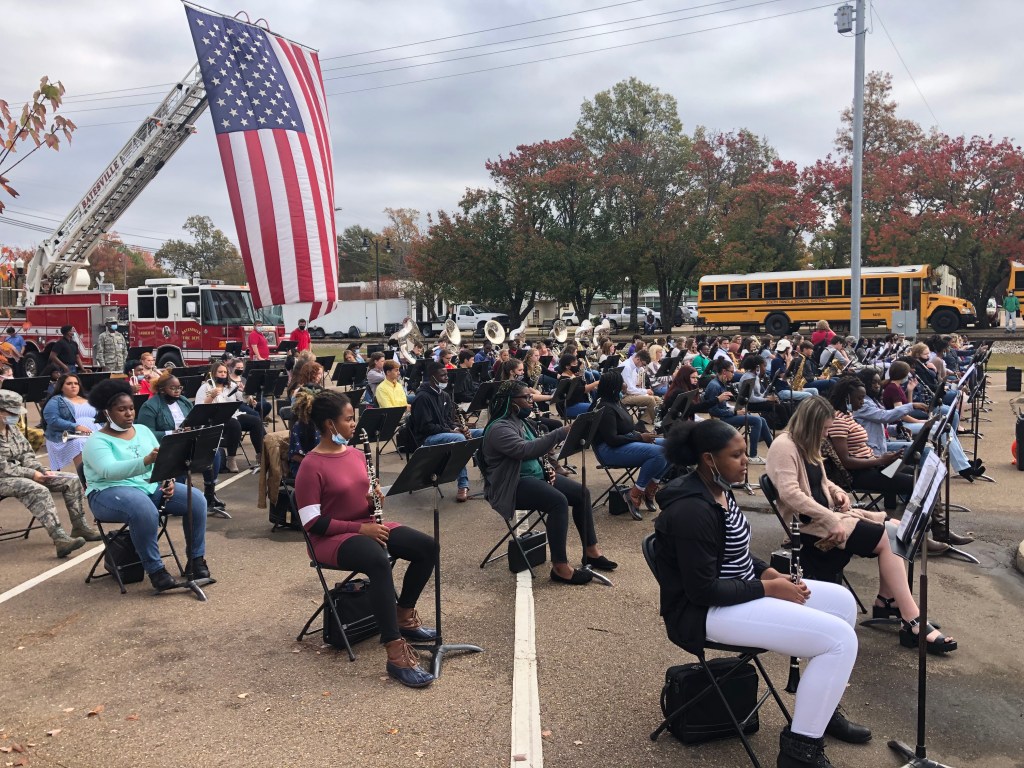 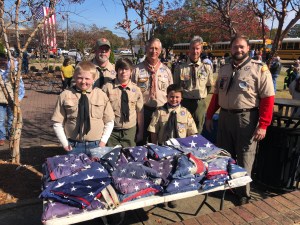 Batesville was blessed with good weather for the 2020 Veterans Day Program on the Downtown Square Wednesday, Nov. 11.  The program was organized by City Hall and attendance was good for the 11 a.m. event.

The South Panola High School R.O.T.C. began the program with a Color Guard presentation and Katie Azar sang the National Anthem, her voice ringing throughout the Square as all stood solemnly facing on of the many American Flags displayed around the Gazeebo and the large flag the Batesville Fire Department hangs prominently from its ladder truck for events on the Square. 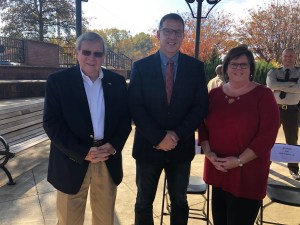 McGee, a captain in the Panola County Sheriff’s Office, spoke about his experiences serving with Military Police units in foreign countries, and his deployment to the Middle East during the Gulf War and other conflicts.

The South Panola High School Band gave impressive renditions of  the March of Armed Forces with patriotic standards including parts of The Marines’ Hymn, The Army Goes Rolling Along, Semper Paratus, The U.S.Air Force, and Anchors Aweigh.

In a solemn portion of the ceremony, Troop 478 of the Boys Scouts of America, dedicated 58 American Flags collected for retirement, in honor of the 58 Panola County military veterans who have passed away since Jan. 1 of this year.

The flags will be officially retired at a later ceremony that will include the military protocol of burning the flags, all of which were flown in a proper manner until they became faded or worn to the point of retirement condition. Scoutmaster Jim Whitten, along with Assistant Scoutmasters Smith Murphey, Johnny Pace, and Clint Roberson, helped the Scouts during the dedication.

Each name of the deceased Panola County Veterans was read as the Scouts carried the individual flags in front of the stand of American Flags. The names read were:

To see additional photos from the Veterans Day program, follow this link.