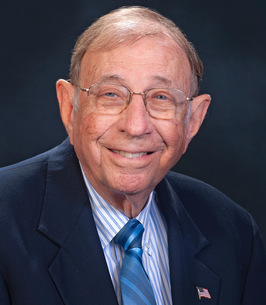 Norman Wayne Starling, 92, passed and went home to be with the Lord on Oct. 5, 2020, in Dripping Springs, Tex. He was born on January 4, 1928, in Birdell, Randolph County, Ark.  His parents were Jewell Vernon Starling and Geneva Barden-Starling.

Norman grew up in Imboden, Ark., where he attended Sloan Hendrix Academy for 12 years. After graduating in 1945, he enrolled at Harding University, Searcy, Ark., and earned a B.A. degree in Bible and physical education in 1949. In 1958 he earned a graduate degree in the New Testament from Harding University Graduate School.

To be his helpmeet throughout the years, Norman found a Mississippi girl, Betty Ross Jones, at Harding University, whom he married on Sept. 8, 1949, in Sardis.

During 36 years of teaching in the Department of English at Texas State University, and in her retirement, Betty had joined Norman in mission work in eight foreign countries. Their daughter, Angela Faye Starling, has been a dedicated Bible class teacher and mission worker.

Norman began his evangelistic ministry on June 2, 1949 and continued that work for 69 years. During these years he preached and taught the Lord’s gospel extensively in North America, South America, Caribbean, Europe, and Asia.

In January of 1959, Norman began a teaching assignment with the University Church of Christ in San Marcos, Tex. During those sixteen years, he taught over 6,000 students for Bible credit with Texas State University. He also directed Christian students in the university in spiritual activities over a period of 22 years. Norman served as an elder for the University congregation of God’s people.

In 1983 Norman began full-time international evangelism for 30 years in 45 countries with a strong emphasis in Jamaica where he preached and taught there for 26 years. Much good was accomplished in spreading the gospel and strengthening Christians in all the congregations in those many foreign countries.

Deeply committed to the Lord’s fervent plea that His people “all be one”, Norman earnestly strove for peace, harmony, and unity in the Lord’s family. His long life reflected his lifetime commitment to his Lord’s call to “Look, I tell you, lift up your eyes, and see that the fields are white for harvest.” (John 4:35).

He is survived by his wife, Betty Ross Jones Starling, and his daughter, Angela Faye Starling. He is also survived by his siblings: Derrel Starling, Victoria, Tex.; Harvey Starling, Madison, Ala.; Ella Traylor, Greenville, S.C.; and Elta Knight, Farmerville, La., and numerous nieces and nephews.

A graveside service and burial will be held at 11 a.m. on Saturday, Oct. 24, at Rose Hill Cemetery in Sardis. Ray-Nowell Funeral Home has been entrusted with arrangements.