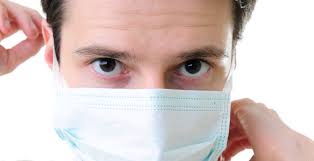 Panola County supervisors said Monday in their regular meeting the county will follow the lead of Gov. Tate Reeves, who discontinued his previous order that mandated face masks must be worn in public places.

Emergency Operations director Daniel Cole asked the board what the county’s policy would be because it was the board’s first meeting since the Governor’s announcement last week.

“If you can social distance I really don’t see the need for it,” Cole told the supervisors. “Nobody was enforcing it anyway.” The supervisors agreed with Chad Weaver (Dist. 4) noting that most of the people he sees wearing masks are doing so improperly.

Just 21 new infections of COVID-19 were reported in Panola County from Monday, Sept. 28 to Monday, Oct. 5. Since the Mississippi Department of Health began keeping records of coronavirus infections and deaths statewide, Panola County has reported 1,548 cases and 31 deaths.

Statewide, the MSDH reported that as of Oct. 4,  some 100,703 Mississippians have contracted COVID-19 and 3,013 have died. Almost all the deaths have been of elderly patients and those with sickness and systemic health issues that made their bodies more susceptible to the disease.

Last week the school district reported five student cases at the high school and one case at the middle school of a staff member. District wide, only 20 students and no staff members were required to quarantine at home.

In other business Monday, the supervisors gave permission to Road Dept. manager Bruce Cook to haul dirt from the Viney Creek gravel pit to John Kyle State Park to help fill several large holes left when the roots of large trees were torn from the ground during spring storms that felled many large trees on the state property. Cook said it will require about eight loads of dirt to fill the holes.

Among other updates and reports given to the board members, County Attorney Gaines Baker said the It’s Fashion store that continues to operate at the site of The Concourse at the old Factory Outlet Mall has not closed because attorneys and other officials are awaiting an appraisal on the worth of the tenant’s contract the store is operating under, despite the property having been transferred to the county for the construction of a workforce development satellite campus of Northwest Community College.

The store, located on the end of the mall, has refused to close even as Phase 1 demolition and construction of The Concourse has progressed. So far the board has been unable to convince the store to close although Panola Partnership has made several offers, including $50,000 cash, to help relocate the business to another site in Batesville.

Baker told the board several months ago he believes the matter will eventually be heard in court, and that Panola County will prevail and be allowed to take full possession of the building they have paid millions of dollars for, and hold a legal deed.

Taking delivery of Personal Protective Equipment provided by the Secretary of State’s Office to the each of Mississippi’s 82 county... read more