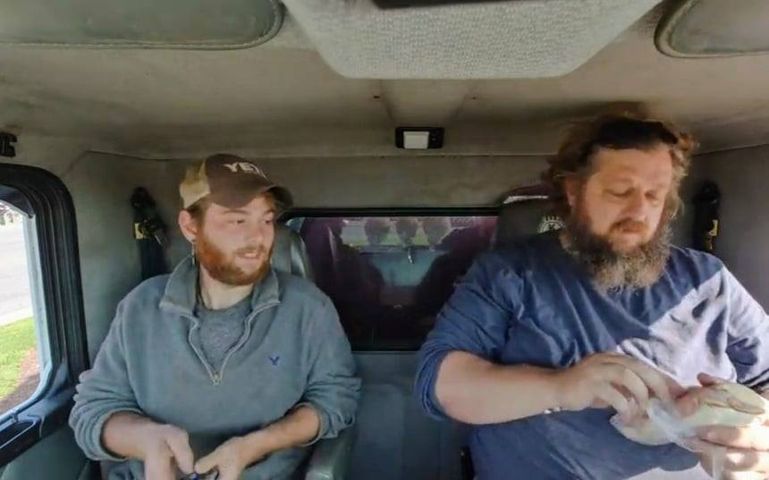 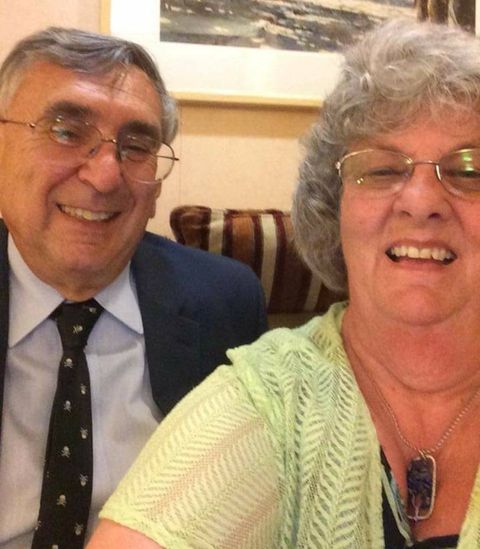 Bonnie and Warren Grieves are enjoying the attention their son-in-law is getting with his online food reviews.

Batesville residents Bonnie and Warren Grieves are enjoying watching their son-in-law’s growing internet success due to his popular food review videos, which are done mainly from the cab of his septic pumping truck.

Their daughter Christina’s husband Clayton Whipkey runs Whipkey Septic Pumping, based in Homeworth, Ohio, and is assisted by his son Harrison.

“They’re doing incredible,” said Bonnie Grieves, “they’re just getting hit after hit.  But they really enjoy going out and critiquing food while they’re in their poop truck, as they call it.”

Clayton, whose background is in marketing, found that since he and Harrision were already eating on the go in the truck most days – and typically in gas station parking lots – that capturing these stripped-down meals and their reactions to the food would be an entertaining promotion for the company.

“We started doing local gas stations, then we branched out to restaurants,” said Clayton.  “We order our food, and if it’s a restaurant we eat in the restaurant, but if it’s a gas station obviously we take it back to the truck and eat it there – and then we give a review in the truck.”

Clayton explained that he and his son will each pick an arbitrary number between one and ten, depending on how they like the food, and accompany the rating with a short review.

“We have had a lot of interest in our YouTube channel from all over the country,” Clayton said.

Among the foods reviewed in the weekly series, which adds a new installment every Sunday, have been pepperoni rolls, pickled meats, fried chicken, breakfast burritos, biscuits, subs, and croissant sandwiches.

Earning  possibly the father-and-son’s most unfavorable review, and lowest rating, was an hours-old slice of breakfast pizza.

Bonnie describes her son-in-law as “a very gentle, kind giant, at 6 feet 8 inches, 380 pounds,” and says of her 23-year-old grandson, that, “he finds the whole thing very amusing.”

She added, “Clayton and Harrison make a great team.”

The Grieves have resided in Batesville for 15 years, although they spent a fair part of the summer in Ohio in order for Warren to receive heart treatment at the Cleveland Clinic medical center.

Being near her son and grandson and witnessing firsthand all of the media attention, Bonnie found the press coverage remarkable.  “You can not believe in Ohio how big it is.  It’s all over the state,” she said enthusiastically.

With regard to any future plans the father-son duo may have of visiting Panola County and some of its many curb stores known for delicious ready-to-order foods, Bonnie commented that she would particularly look forward to their take on some of the local fried bologna.

Clayton mentioned that he’d been through the area quite a few times.  “The little mom-and-pop country stores on the side of the road, those are the best places to eat,” he remarked.