Panola cases up 33 in Friday report; some counties have mask rules 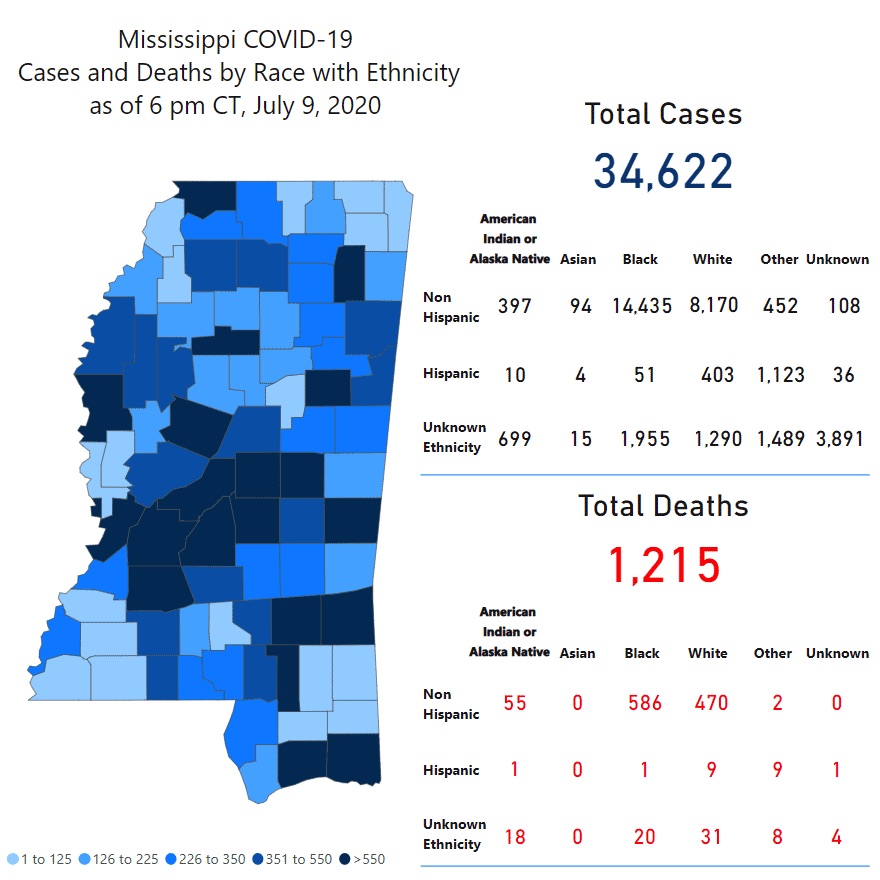 Positive cases of coronavirus have reached 34,622 with an increase of 1,031 from Wednesday evening to Thursday evening, according to data released today by the Mississippi State Dept. of Health.  A total of 1,215 deaths have been attributed to COVID-19 since the state began keeping numbers on March 11.

Panola County had an increase of 33 cases from Wednesday to Thursday, and now has a running total of 432 infections. Many of those were never seriously ill and more have recovered. Six patients in the county have died, one having contracted the illness in a long-term care facility. Statewide, 586 deaths have been attributed to infections in those places of care.

Gov. Tate Reeves, in news conferences each day this week, has continued to implore Mississippians to limit their travel, stay away from group activities, and wear face masks in public. He announced Thursday there will be new regulations beginning Monday that will require masks to be worn in public and retail businesses in the following counties:  Hinds, Desoto, Madison, Harrison, Rankin, Jackson, Washington, Sunflower, Grenada, Claiborne, Jefferson, Wayne, and Quitman.

Some city’s have enacted masks ordinances on their own, including Jackson, Tupelo, Starkville, Oxford, Hattiesburg, Greenwood, Columbus, West Point, Natchez, Grenada, and Greenville.

Fines for individuals and businesses vary around the state. Batesville aldermen did not discuss a mask ordinance at their regular meeting on Tuesday.

Below is a list of reported infections by county:

The numbers in this table are provisional. County case numbers and deaths may change as investigation finds new or additional information about residence.

Mississippi investigates and reports both probable and confirmed cases and deaths according to the CSTE case definition.

Confirmed cases and deaths are generally determined by positive PCR tests, which detect the presence of ongoing coronavirus infection.

Probable cases are those who test positive by other testing methods such as antibody or antigen, and have recent symptoms consistent with COVID-19, indicating a recent infection.

Probable deaths are those individuals with a designation of COVID-19 as a cause of death on the death certificate, but where no confirmatory testing was performed.